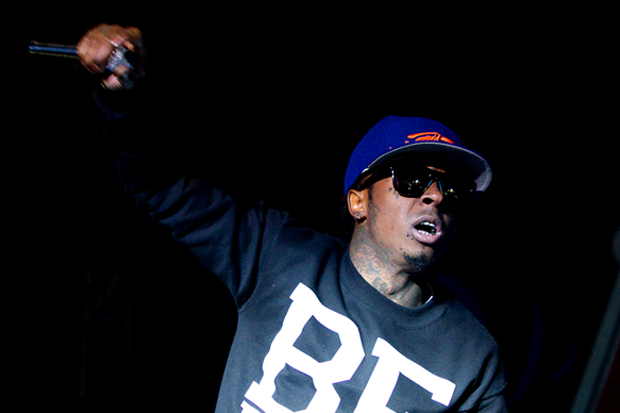 Following what SPIN’s Brandon Soderberg has dubbed the “Worst Beef Ever,” better known as Hot 97 DJ Peter Rosenberg’s onstage Nicki Minaj dis at the station’s Summer Jam in New York earlier this month that resulted in the rapper abruptly canceling her appearance at the day-long fest — or, rather, calling her Young Money boss, Lil Wayne, and having him announce via Twitter Minaj’s cancellation — Weezy has finally spoken out as to his own reasons behind his decision. Those reasons, he explained over the weekend, were nothing short of chivalrous.

“That’s a female, first and foremost. Nicki Minaj is a female,” Wayne told MTV backstage at Atlanta station Hot 107.9’s Birthday Bash on Saturday. “I don’t know what anyone else believes, but I believe females deserve the ultimate respect at all times no matter what, when or where or how.”

“As soon as she called me and told me she felt disrespected, I just declined everything,” he went on. “I pulled her from the show because … no person that works with me will be disrespected in my presence as long as I’m on this planet.” Note: In the video below you can hear the moment in which he had to catch himself before he said “works for me.” (Nicki was, as she pointed out in subsequent interviews, was the only woman on the Summer Jam bill. When she failed to perform, however, Nas filled her time spot and brought out a pretty big name lady: Lauryn Hill.)

Regardless, Wayne emphasized “no bad feelings, no hard feelings” toward the station, probably because he has enough beef of his own to handle, not to mention an album of love songs.