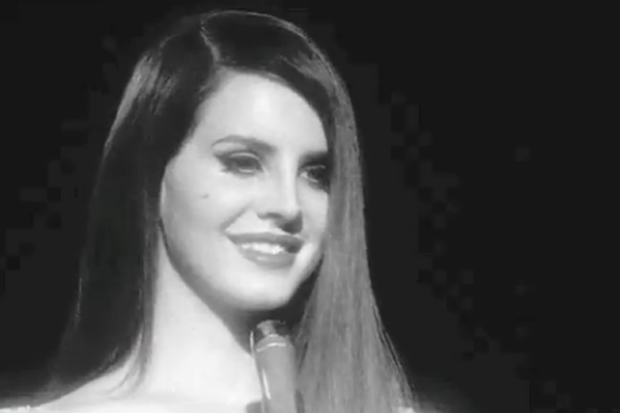 The Internet sort of freaked out last week when A$AP Rocky told 16Bars.tv that he was going to be playing a JFK-esque figure in Lana Del Rey’s upcoming video for her Born to Die cut “National Anthem,” and now the pair seem intent on riding that wave of excitement as hard as possible, dropping a trailer for the clip that is actually four seconds longer than the song itself (via Pitchfork).

The video’s director, Anthony Mandler, must not have had to do much brainstorming outside of Del Rey’s own creative dictations, because the trailer, which includes the entire song and supposedly features the singer as Jackie Kennedy/O (all we see is her much-lampooned hair-fidgeting over and over for three minutes and 55 seconds, so who knows if she’s actually portraying the ex-First Lady), oozes the LDR aesthetic, repeating the same found-footage-style clips — though this time decidedly more treated, and A$AP and Lana are featured in them all — over and over again. It’s totally unlike the last few videos Mandler’s directed, namely fun.’s “Some Nights” and Nicki Minaj’s “Starships”. Also, A$AP does a lot of smoking!

Try not to get déjà vu while watching this thing, which, we guess, is the point, until the real video (not to mention that collaborative A$AP Del Rey track that’s been rumored to be in the works) drops, which could be at any time: