Inflated Egos? The Hives Rock a Blimp in ‘Go Right Ahead’ Video 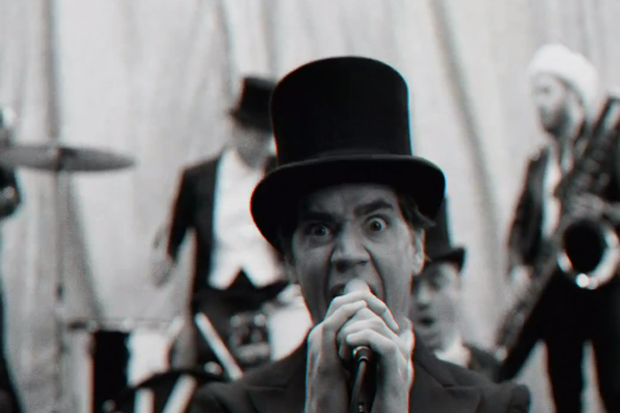 “Closed, due to the Hives,” reads the sign outside a shop at the beginning of the Swedish garage rockers’ eye-popping new video for the song “Go Right Ahead,” directed by Johan Toorell and John Nordqvist, who’ve previously done a video for the Knife. The song comes off their latest, Lex Hives, which came out last week, and it sounds a bit like Iggy and the Stooges covering Electric Light Orchestra’s “Don’t Bring Me Down,” which, of course, means it’s terribly catchy.

Luckily, the black-and-white clip does right by the song as it depicts the band taking the Beatles’ rooftop shtick to great new heights. As it unfolds, it reveals that the group, whose members are in tuxes and top hats, is being ushered through city streets, floating on a stage suspended from a zeppelin while pulled by ladies below (a situation befitting a band known for grand, hilariously egomaniacal statements). Grandstanding frontman Howlin’ Pelle Almqvist takes a turn hanging from a rope, and all goes fine and dandy until the blimp almost meets the same fate as the one on the cover of the first Led Zep LP. But of course, there’s a happy ending. Check out how they make do: