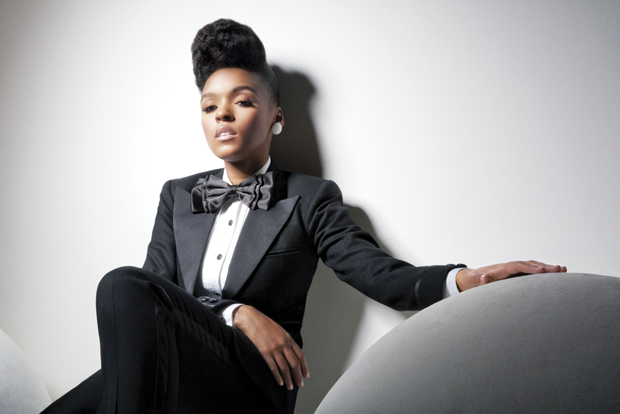 Last November, Janelle Monáe told a reporter she’d written “84.799 percent” of the material for two new albums, both of which she hoped to release in 2012. The ArchAndroid artist has been a little busy since then, what with her guest appearance on fun.’s “We Are Young” topping the charts, an Easter gig at the White House, and live appearances spanning Mexico, New Orleans, and Australia. On Friday night at the Toronto Jazz Fest, though, Monáe busted out a couple of previously unreleased songs: the Hendrix-nodding disco-funk strutter “Electric Lady” and the jazz-pop ballad “Dorothy Dandridge Eyes.” Amid a set that also included Monáe’s covers of the Jackson 5’s “I Want You Back” and Shirley Bassey’s James Bond theme “Goldfinger,” these songs demonstrated the variety that exists within the singer’s original repertoire, too. And then she sweetened the weekend by helping out on a spirited “Superstition” during Stevie Wonder’s festival performance. Here’s hoping Wonder encouraged her to get those new records on shelves sooner rather than later (via Pop Addicts and ONTD).