Another taste of 'The Idler Wheel...,' which hits on June 19 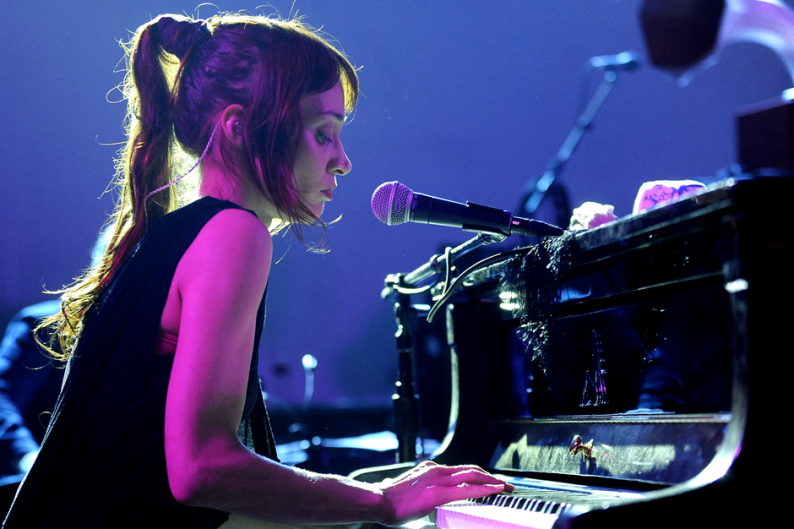 “Coming into her own” might be the phrase that would come to mind about the tracks we’ve heard so far from Fiona Apple’s first new album in seven years, if the singer-songwriter hadn’t already established herself so definitively in her past work. Like the outro of a great song, our previews of Apple’s June 19 LP bring together familiar pieces but cast them in a new light: “Every Single Night” takes her familiar inner turmoil and instrumental intricacy and triumphantly determines there’s no conflict between the two, while “Werewolf” sumptuously details what sounds like a crumbling relationship and emerges with an uncanny serenity.

“Anything We Want,” which quietly surfaced as a New York Times related link a few days ago and has now hit YouTube, revels in the unruly sexuality that the music business once seized upon in a then-teenage Apple (read Fiona Apple’s Return: Idle No More). The idiosyncratic percussion and huskily powerful vocal of Apple’s SXSW rendition happily persist, but the vibrant imagery can be heard more clearly in this studio version, from Apple’s almost-here The Idler Wheel is wiser than the Driver of the Screw and Whipping Cords will serve you more than Ropes will ever do. “Then we’ll grow up, take our clothes off,” Apple commands after a free-flowing childhood reverie.

“Nothing wrong when a song ends in a minor key,” Apple sings on “Werewolf,” but this particular Idler song wraps up with a polyrhythmic rumble: No criminal, no pawn, just extraordinary.