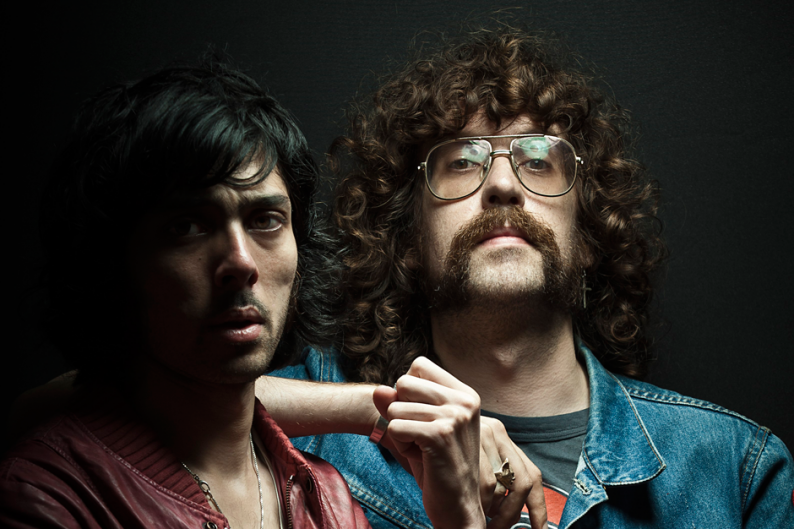 Justice have polished off the stateside tour dates supporting their fall 2011 LP Audio Video Disco and decided what to do next: release a remix EP and go on tour again, of course!

New Lands, which is comprised of the French electro-dance duo’s Audio Video Disco cut “New Lands,” along with a live version and three remixes by Falcon (which you can hear below), A-Trak (which you can already hear here), and Sebastian, dropped this morning via Ed Banger Records and is available to purchase here. Justice manager Busy P says the five tracks are the “perfect soundtrack for a little ride on the Pacific Coast Highway” because, some of us might be “fed up with ‘Niggas in Paris’ — you’ve heard it 11 times in a row…”

The short summer/fall tour kicks off at Montreal’s Osheaga Festival and wraps the day before Halloween in Dallas, Texas, leaving a good two months before the duo set sail in January for the Bahamas with the Holy Ship!! cruise. SPIN went into the studio with Justice last year to get a glimpse into the making of Audio Video Disco, and we got to hear them talk about two other cuts off the album last fall, too.