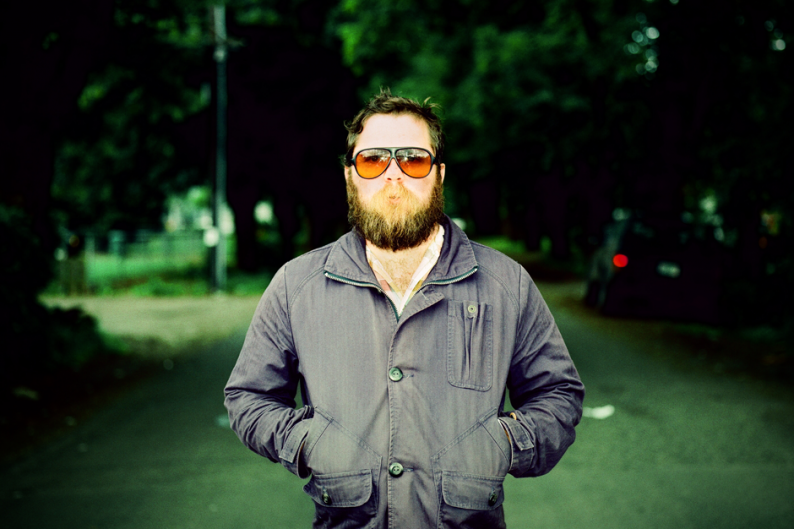 No longer are Ray Raposa’s songs shrouded in atmosphere. After five albums of bleak, moody Americana with Castanets, the itinerant singer and songwriter has a new band, Raymond Byron and the White Freighter. The group’s debut LP, Little Death Shaker, arrives on September 4 via Castanets’ usual home, Asthmatic Kitty Records. The musty biker-bar rock’n’roll of the album’s advance track, “Allegiance,” is hardly glossy, but it signals a newfound clarity for Raposa. “I woke up feelin’ / Bo-hold as shit / A little sore, and a little sick,” he begins over an electrified clatter. Just that casually, he strikes out with a hard-boogie-ing new ensemble that sounds built for the road. You could call this band Guitars, Keys, Bass, and Drums — well, and there’s surely a shiv somewhere within earshot, too.