Hear Baroness Show Off Softer Side on ‘March to the Sea’

The second track from 'Yellow & Green' is burly, sensitive 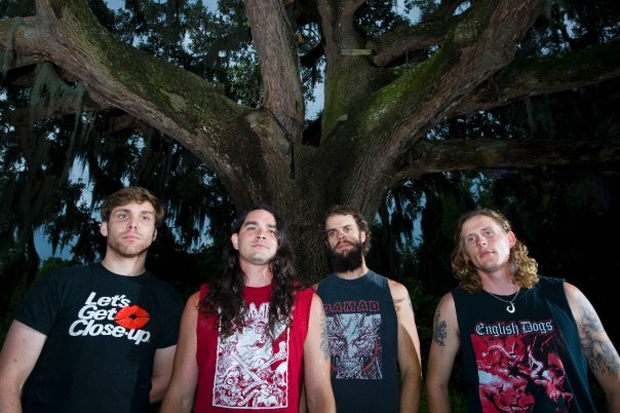 When their epic third album, Yellow & Green, comes out on July 17, sludge metallers Baroness can now officially be called alt-rockers. The double-album finds the group dabbling with funkier drum patterns, country rock and a whole lot of singing (as opposed to screaming). Some of this change has to do with frontman John Baizley quietly writing some of its songs while his infant daughter was sleeping but a lot of it has to do with the group simply wanting to see what they were actually capable of doing after touring relentlessly in support of 2008’s metallic Blue Record.

Fans who saw the band play a couple of its new songs on its recent tour with extreme metal ensemble Meshuggah and death metallers Decapitated saw firsthand how different their new music is, especially in contrast to their tourmates. Now Baroness are sharing those songs online. First, they released “Take My Bones Away,” which you can hear in the YouTube below. The song resides on the generally more hard-rocking Yellow disc (compared to the lighter Green disc), and its catchy chorus and actually hummable verses sit easily with the band’s newish Queens of the Stone Age-esque guitar approach. Other than the literal sentiment of the chorus and five-minute runtime, it’s a pop song, and it has a great Queen-like guitar solo to boot.

Today, they’ve released the second Yellow & Green song they premiered live, “March to the Sea,” (available for streaming here), and it’s even more of a departure. With soft breakdowns, a gang-vocal chorus and even a breakdown at the end that’s just drums and bass — a far cry from the group’s dense, guitar-driven sound of yore — it shows the band at a point that’s almost ready for prime time. Hear for yourself. And stay tuned because we have a feeling you might be catching another track on this very site.