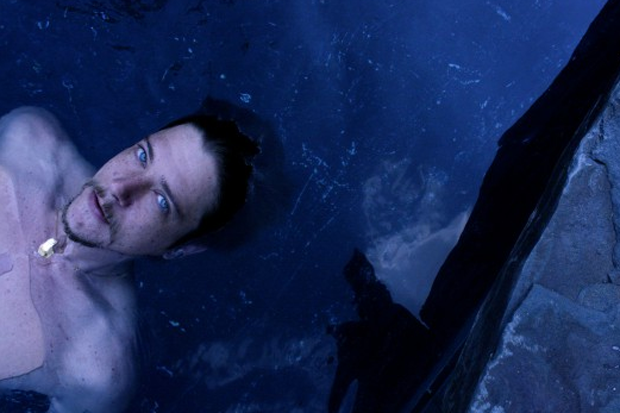 Paul Banks is a hard guy to picture in shorts. The Interpol frontman tends toward stylish darkness, and his best songs have a sense of foreboding it wouldn’t be unreasonable to hear as chilly. On Banks’ new “Summertime Is Coming,” though — from his just-released solo EP, Julian Plenti Lives… — he takes advantage of that perspective to offer a modest yet rewarding meditation on the warm months ahead. Summer, it turns out, suits him.

Rather than get carried away and go all Beach Boys or Best Coast just yet, Banks maintains his post-punk dapperness, with plenty of jagged bass lines and chiming downstrokes. “Get out,” he booms on the chorus, and his commanding tone is oddly reassuring, whether he’s simply telling us to go outside or else singing about something more metaphorical (perhaps he’s been perusing our latest issue). Either way, make sure to lay out those beach blankets by the time everything falls away for the synth-kissed acoustic outro, as Banks plaintively repeats, “Can we waste some more time just floating in space?”

“Summertime Is Coming” is one of only two originals on Julian Plenti Lives…, which appropriately features a beach (!) in its cover artwork. The EP also includes Banks’ versions of songs by Harold Faltermeyer (he of Top Gun fame), J Dilla, and Frank Sinatra. The release is limited to 2,300 vinyl and 1,800 CD copies worldwide, and you can order it through Matador’s website. Better hurry — summer’s already here, after all. (Expect a new Banks album on Matador in the fall.)