Drake Gets ‘Punk’d,’ Doesn’t Get to Meet the Vice President

"I called my mom and everything" 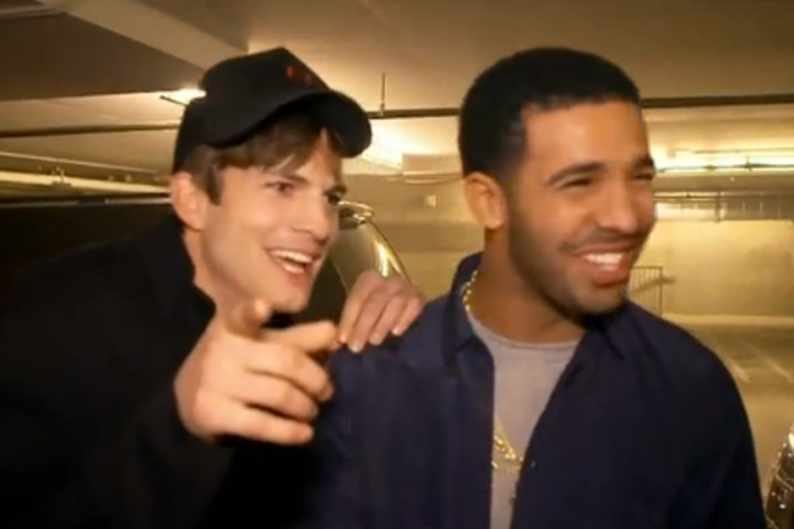 The trappings of fame. Wrenchingly sincere displays of vulnerability. A guy tasering his pregnant wife. Drake’s appearance on MTV’s Punk’d, hosted in a return performance by co-creator Ashton Kutcher ahead of the cable network’s movie awards last night, had all of the makings of a song worthy of the rapper-singer’s albums Thank Me Later and Take Care. Or, OK, at least two out of three.

The Two and a Half Men star convinced the YMCMB star he was going to be meeting Vice President Joe Biden, then staged an earthquake in a parking garage. “We’re gonna shake things up for Drake a bit,” Kutcher says at the outset. “I highly anticipate Drake urinating; he might scream a little bit.” To reveal much more ahead of time would be almost as cruel as the prank itself, but suffice it to say the prank works, and Drake appears visibly shaken.

“Yo, that shit’s no joke,” Drake says as Kutcher jumps out, trucker hat and all, to reveal the stunt. “So we don’t get to meet the vice president? I called my mom and everything!” Aubrey Drake Graham can now claim the dubious distinction of being publicly mocked by billionaire T. Boone Pickens and the affable airhead from That ’70s Show in two successive weeks. Well, YOLO, right?

Elsewhere on the show, Kutcher also pulled a prank on Kim Kardashian, who these days tends to be spotted hanging out with Kanye West. Watch the full episode below. “I will never forget that day for as long as I live,” Drake gamely said on Twitter ahead of the airing.

In other Drake news, he’s announced the lineup for his OVO Fest in Toronto. A$AP Rocky, 2 Chainz, and the Weeknd will be joining Drake on August 5 for the annual event, Drizzy announced yesterday. It might be as good a time as any for Biden to make an official state visit to Canada.