Despite the mixed messages, an entertaining three minutes 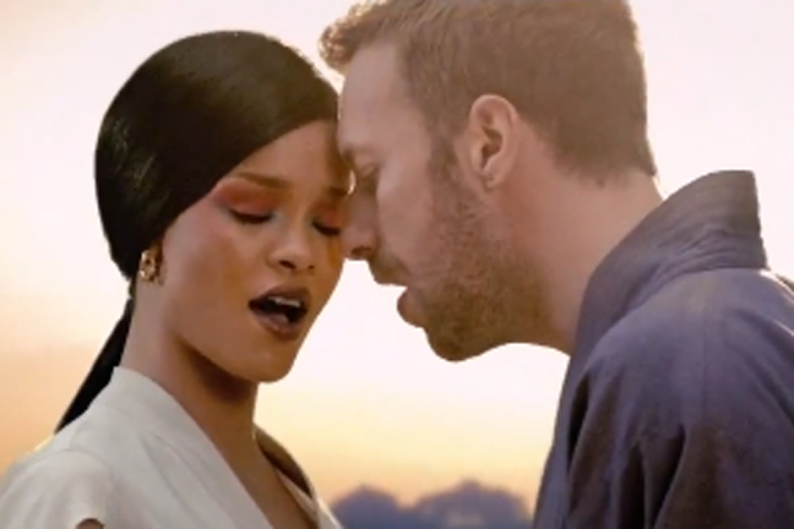 Can we agree now that the existence of a collaboration between Coldplay and Rihanna is more interesting than the song itself? The Barbados-born pop singer’s presence on the Mylo Xyloto track list helped set the tone for the British arena-rockers’ latest album, which has enough day-glo synths and crushing R&B beats to find a home on circa-2012 Top 40 radio, where Adele and Gotye are the recent exceptions that prove the club-friendly rule. The actual track, the shimmering “Princess of China” — which, let’s not forget, the co-conspirators performed at this year’s Grammy Awards — wasn’t even the most Rihanna-like track on the album, as our reviewer smartly noted when the record came out this past fall (that was the excellent “Paradise”).

All these months later, it’s still unclear what the song has to do with the country of its title (“China” appears nowhere in the lyrics), and the just-released video hardly clears matters up. As in the Rihanna video from Coldplay’s tour, the singer appears with the multiple arms of a Hindu deity, despite the fact that Hindu deities would be a bit more relevant for “Princess of India.” The rest of the clip is a lavish pseudo-trailer for a kung fu movie, with Crouching Tiger, Hidden Dragon-ish aerial fight moves and a love scene between RiRi and Coldplay’s Chris Martin. We’ve seen Rihanna’s commanding red-and-purple garb described as “Geisha” style, which only confuses us further — “Princess of Japan”? Are these places really all the same to Western viewers? — but at the very least you’re in for an entertaining three minutes (Adria Petty, who oversaw Beyoncé’s phenomenal “Countdown” video, and Alan Bibby direct).