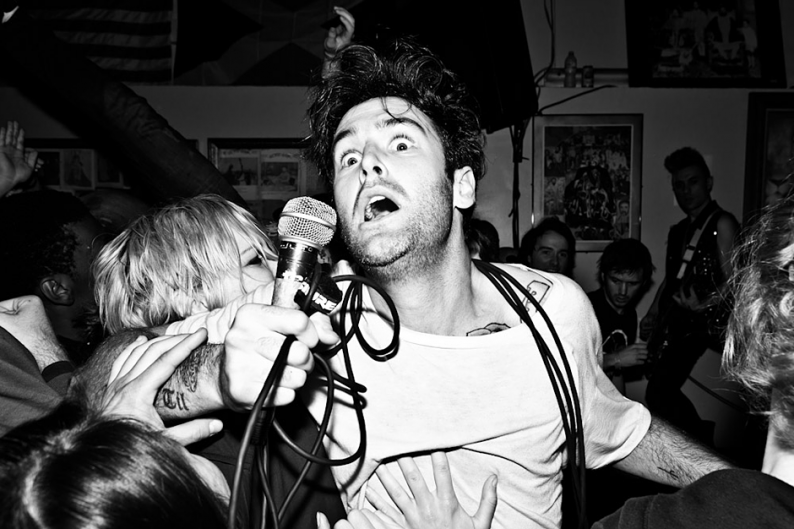 Earlier this year, reformed hardcore growlers Ceremony released a thoughtful album of acrimonious post-punk, titled Zoo, which we dubbed a SPIN Essential. Since then, we’ve included Zoo on our list of the 40 Best Albums of 2012…So Far as they’ve been touring in support of the record.

Now as part of a group of covers the band recorded while making the LP (their take on the Urinals’ “I’m A Bug” surfaced on the “Hysteria” 7-inch), the group released its version of Ramones’ “I Don’t Wanna Be Learned/I Don’t Wanna Be Tamed.” Joey Ramone penned the ditty and the original punks demoed it in advance of their 1976 self-titled debut, but they didn’t release until 1990 (maybe because Ramones already had four other songs with “Wanna” in the title). Both the Ramones’ and Ceremony’s version of the song clock in around a minute and have that raw, fuzzy primal feel that made the Ramones so good in the first place, though Ceremony frontman Ross Farrar doesn’t quite exude Joey Ramone’s innate anxiety. Then again, who does?

Click here to stream it and/or head to Noisey to grab it for free.