Do you remember the first concert you attended?
I went with my older sister and her friends to see New Kids on the Block, MC Hammer, and Vanilla Ice. It was pretty epic. I had a crush on my sister’s friend, so I was like, “Oh, yeah, I love this New Kids song! We have so much in common. Let’s hang out.” But she was in high school and I was 12.

Who would you want to portray in a biopic?
Maybe Eminem. Or Jimi Hendrix.

If you were to curate a festival, who would headline?
I would have said the Beatles, Radiohead, and maybe Sigur Rós, who could float around in the audience, playing harps or something. But if I had to replace the Beatles, I’d go with Björk. Two bands from Iceland makes sense. What was the last concert you attended?
Bright Eyes at the Hollywood Forever Cemetery. This was probably about four months ago. Concerts are my only addiction, but it’s a little hectic right now. My fiancée [activist Lauren Parsekian] and I took a full-blown picnic with wine, food, and blankets.

Which of your costars on Breaking Bad has the best taste in music?
Jonathan Banks. He plays Mike. I walk by his trailer and he’s blasting Mozart. He turned me on to Édith Piaf. 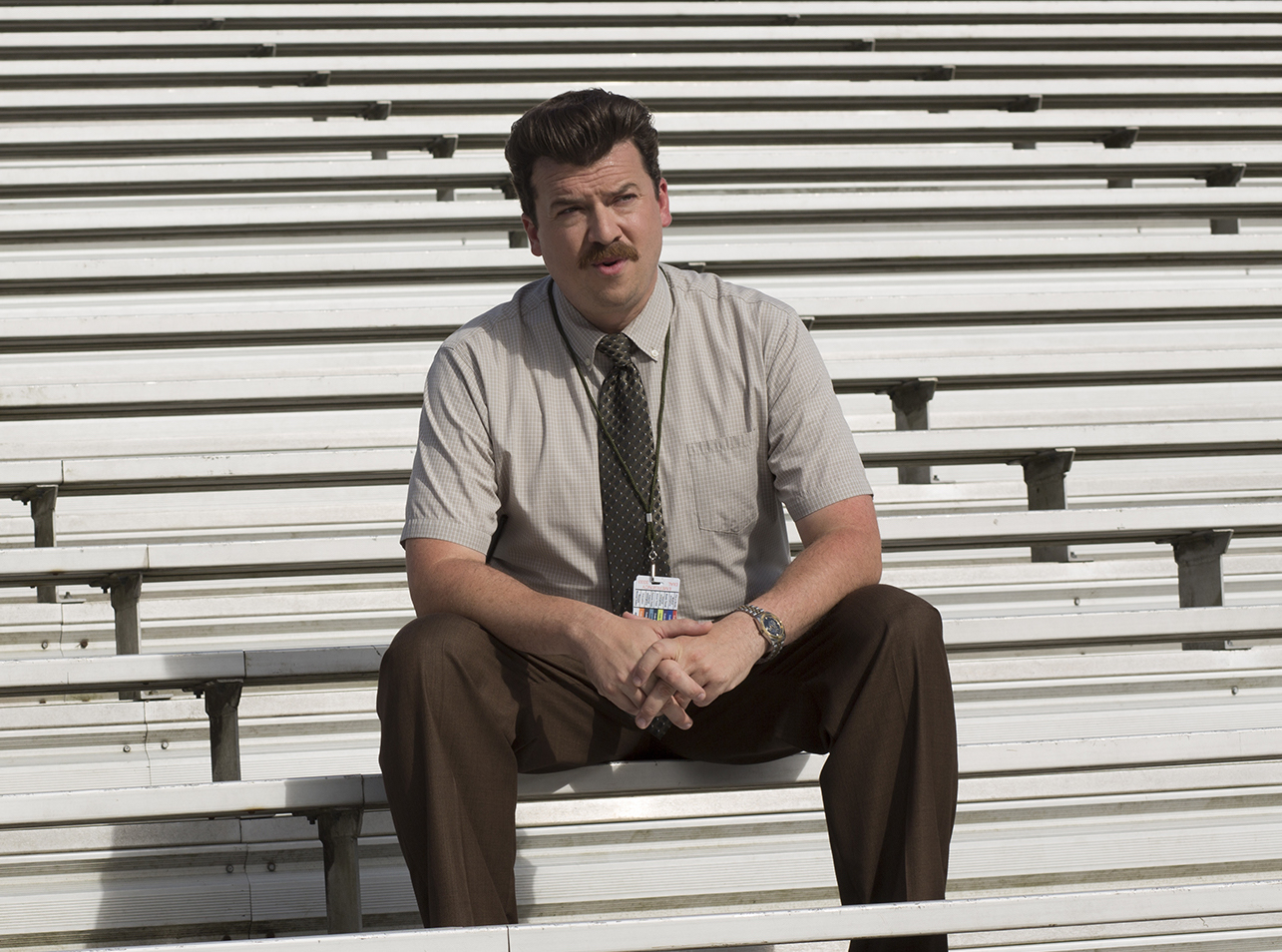 Has Jesse’s love of hip-hop influenced what you listen to?
No, Jesse’s taste in music is quite the opposite of mine, and I haven’t grown to love it. He would probably be a fan of old-school hip-hop, like Dr. Dre or Snoop Dogg, which I like, and we’d probably both love everything that Eminem puts out, but I just don’t think AMC has the money to purchase those songs.

What song would you like played at your funeral?
I have no idea. Maybe “It’s a Small World” from the ride at Disneyland. It’s such a true statement.

Who comes after Radiohead on your iPod?
The Shivers. “Beauty” holds a special place in my heart. My fiancée introduced me to them. On one of our first dates, after having dinner and driving around Santa Monica, we parked in her garage and listened to music for probably two hours. She would plug in her phone and play me something, and I would plug in mine. And I was just blown away by this song.

Is there anything you once loved that you’re embarrassed of now?
“Thong Song.” It was on the radio every five minutes [in 2000] and I found myself singing along. Now I hear it and I’m like, “My God, I can’t believe that was played on the air.” No offense to the person who wrote it [Sisqó].

Name a playlist on your iPod.
I Hate the 405. Living in L.A., you are constantly in traffic, so this is the best playlist known to man. It’s got M83 and Arcade Fire and [Radiohead’s] “Fake Plastic Trees.” I need to listen to chill music when I’m driving. It prevents road rage.

What’s the most prized T-shirt in your collection?
I have one that I’ve retired. I slowly fold it with such care. It’s an old Blue Öyster Cult shirt back from the “(Don’t Fear) the Reaper” days. I’ll pass it down to my little ones some day. My fiancée literally just went, “Aww.”

Whose music has helped you over a breakup?
Definitely the ‘N Sync Christmas album [Home for Christmas]. I’m sure that’s helped everyone over a breakup at some point.