But would this band present them in any other way? 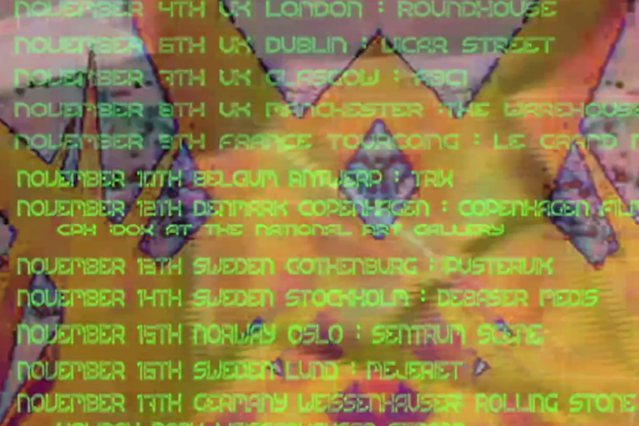 If you enjoy reading tour dates while a grid moving in seemingly every direction at once wavers behind the text, then good news: you can receive Animal Collective’s new tour dates the way the ever-trippy foursome want you to — via this video posted on their website. To support the release of their 10th LP, Centipede Hz, which is due September 4, the group will be embarking on a North American tour beginning that month. Regardless of what they play, though — considering the quirky band is known for playing songs they haven’t recorded yet as well as the odd Panda Bear number — it’ll be easy to get swept up in the colorful spectacles that swirl around them.