Andrew W.K. Is a Brony, and He’s Speaking at a My Little Pony Convention

The topic: What would Pinkie Pie do? 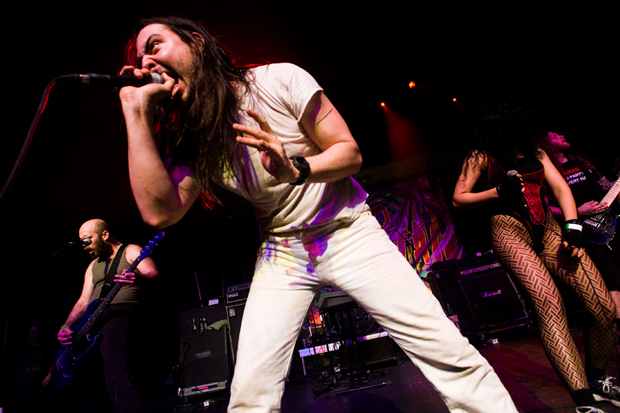 What would Pinkie Pie do? It’s a question only a select few are prepared to answer, but hard-rocker party animal Andrew W.K. will be doing just that when he hosts a panel bearing the same name at September’s My Little Pony convention, called Canterlot Gardens, in Ohio. As a self-professed “brony” — or adult male fan of the cartoon My Little Pony: Friendship Is Magic, which debuted in 2010 — W.K. says he identifies with the show’s Pinkie Pie, an “earth pony” who exudes positivity, loves to play and has been known to throw together one-man bands to save the day. Since the “Party ‘Til You Puke” singer is known to maintain a sunny disposition even when he’s working hard, he says the panel will address “how to make your work as fun as your party and your party as important as your work.”

As if to demonstrate the relationship between work and partying himself, he is reissuing his breakthrough release I Get Wet as a 10th anniversary special edition, due out August 14. It will include a bonus disc of demos and alternate mixes of the album’s songs and previously unreleased live recordings, which W.K. has recorded in such a way that listeners will be able to hear what he’s hearing, literally right in his ear canal. It was supposed to come out in July, but apparently “ear canal” technology is more complicated than he thought, so he’s delayed the release… just like Pinkie Pie would.