Blake Fielder-Civil goes through the wringer in upcoming book 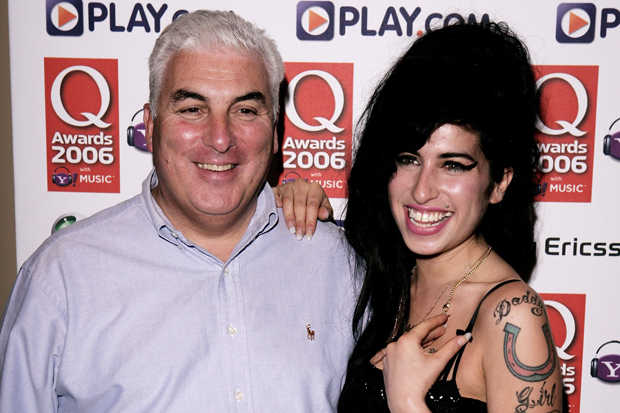 Amy Winehouse’s ex-husband won’t be getting any of the money the late singer left behind, but he’s coming up for a heaping serving of blame. It was previously reported that Blake Fielder-Civil, a.k.a. Blake Incarcerated, is receiving none of Winehouse’s roughly $6.7 million estate. Now, as the AP reports, Winehouse’s father is taking aim at Fielder-Civil again in Amy, My Daughter, a new memoir to be published on June 26.

Mitch Winehouse reportedly writes that he has trouble listening to Back to Black, his daughter’s multi-platinum 2006 breakout effort, because it was inspired by Fielder-Civil. “It wasn’t as if he brought much good into her life, or so it seemed to me,” the book is quoted as saying. Amy Winehouse, who died last summer at age 27, was married to Fielder-Civil from 2007 until their divorce in 2009.

The book mainly catalogues the tolls of Winehouse’s struggle with addiction, according to the AP. “Long before Amy was an addict, no one could tell her what to do,” her father reportedly writes. “Once she became an addict, her stubbornness just got worse. There were times when she wanted to be clean, but the times when she didn’t outnumbered them.”

Other areas discussed in the book include the singer’s battle with stage fright. Her father reportedly says she received breast enlargement surgery circa 2010 and was contemplating cosmetic surgery on her nose. But alcohol, which a coroner ruled as the cause of death before resigning a few months later, was the real problem, according to the bereaved father, who writes of concerns that “her illness might end up killing us both.”