Atlanta rapper's new album 'Based on a T.R.U. Story' is slated for an August 14 release 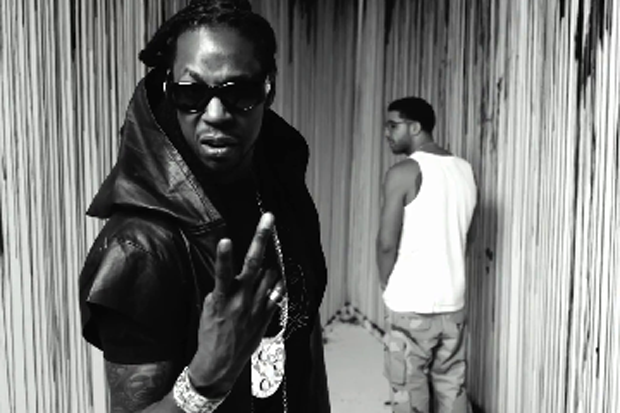 Making the jump from wildly charismatic guest verses to success as a full-fledged solo artist can be challenging — just ask Nicki Minaj. Atlanta rapper 2 Chainz’ cameos alongside Minaj, Kanye West, and even Justin Bieber should all but guarantee him one of the bigger albums of the summer. But despite a high-profile guest of its own — swaggering smoothie Drake — the first video selection from August 14 LP Based on a T.R.U. Story doesn’t capture the MC formerly known as Tity Boi’s appeal as well as one might’ve hoped.

That’s no fault of Georgia-based producer Mike Will, who has previously worked on tracks by Gucci Mane, Rick Ross, and Future. Will’s combination of rumbling synthetic beats, Theremin-like wobbles, and mesmerizing keys sets an appropriately enigmatic backdrop for 2 Chainz and Drake’s muy macho boasts. But conceptually, a track called “No Lie” from the rapper who already gave us mixtape T.R.U. REALigon feels underthought (“You want true, that’s true enough,” observes Drake sagely). This impression of aimlessness is only reinforced by Director X’s black-and-white video, where the maestro behind outstanding recent clips for R. Kelly’s “Share My Love” and Drake’s “HYFR” inexplicably puts this usually dynamic duo amid kinkily (un)dressed models and paint-dripping walls.

In fact, in true 2 Chainz style, it’s guest rapper Drake who steals the show on “No Lie.” When not crooning the hook, which, yes, reassures us these guys are indeed T.R.U., the Take Care rapper-singer is firing off barbed lyrics that might well be aimed at Rihanna. “She could have a Grammy, I still treat her ass like a nominee,” he sneers — after repeating the words “what’s her name” and before possibly referring to the Barbadian singer’s own Talk That That (“We don’t talk shit, we just state facts”). As mere words, Drake’s lyrics here could never be as odious as the actual behavior of recent brawl opponent Chris Brown, and Toronto’s great hip-hop hope shows his usual easy facility on the mic. But any truths expressed on “No Lie” aren’t exactly appealing, and that feels like a missed opportunity.