Alas, Bon Iver is nowhere to be seen 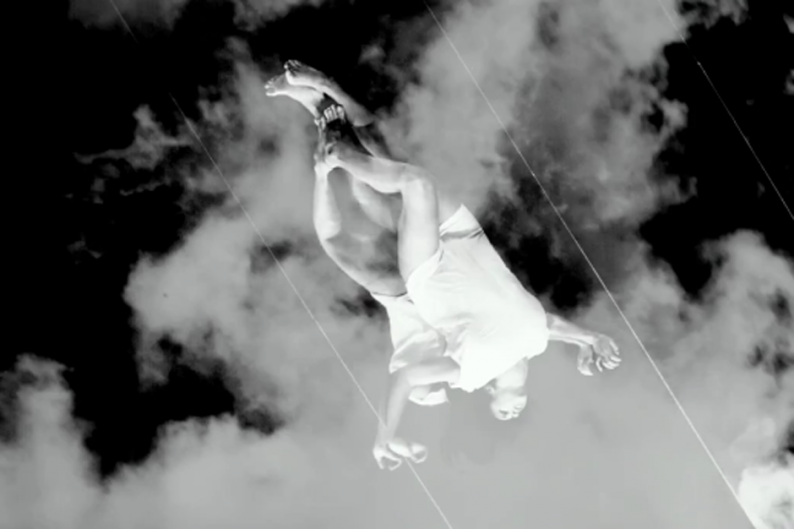 18 months after the release of his Grammy-winning My Beautiful Dark Twisted Fantasy (our favorite of 2010), Kanye West and his artistic team have graced us with visuals for his Bon Iver-sampling “Lost in the World.” In line with his recent dealings in high fashion, the clip was directed by London-based fashion filmmaker Ruth Hogben, who takes the song’s existential lovesickness to a seriously dystopian place.

A Kanye video with a fashion director obviously calls for fashionably unclothed women writhing on various surfaces, but its mirror and cloud imagery places the nearly-naked dancers and Yeezy alike in a hazy, vaguely urban unreality that aptly addresses the panicky confusion and gripping loneliness the song, which is built, in part, on a sample from Bon Iver’s “Woods”. (Sadly, however, Bon Iver’s Justin Vernon is totally absent from the clip.) Thankfully, though it utilizes strobe effects, “Lost” is nowhere near as potentially seizure-inducing as that “Niggas in Paris” clip. Watch below, and try not to think about Kim Kardashian for a second.