‘The Walking Dead’ Gets Its Own Bite-Sized Video Game

This serialized, downloadable spin-off could change the way shows, movies, and comics are adapted into games 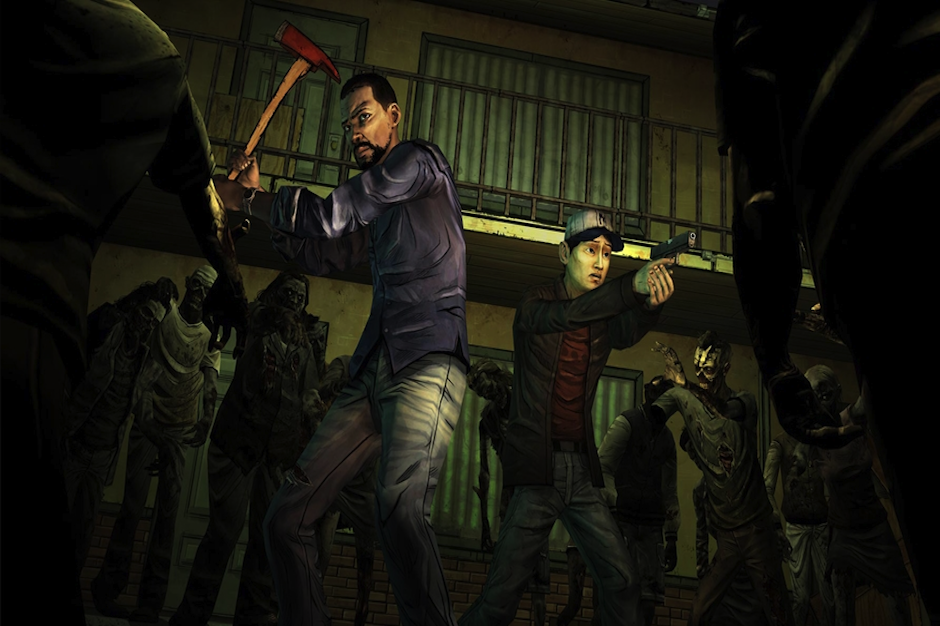 After several years, the era of zombie chic shows no sign of waning. The Resident Evil series continues to pump out video games and movies, Brad Pitt is working on a film version of the popular novel World War Z, and The Walking Dead has become the breakout ratings hit for AMC that the more well-regarded Mad Men and Breaking Bad aren’t quite. Based on a (wildly overrated) comic book, the franchise’s latest offshoot is a downloadable video game, available for Xbox, PlayStation 3, and PC/Mac (an iOS version is in the works as well). While some of the characters and settings will be familiar to fans of the TV version, the game is actually based on the original comic books, but it still fits the grim aesthetic of both, sans interminably long stretches of looking for Sophia.

The Walking Dead is a great example of outside-the-box thinking when it comes to adapting a popular movie, TV show, or comic book into a game: Instead of shoving every feature imaginable into a $60 disc sold at retail stores, this is a smaller, more focused game, cut into five short episodes that cost just $5 each. Telltale, the company behind the title, has done the same with episodic games based on Jurassic Park and Back to the Future. With a minimal investment, you can download and try Episode 1 of the game, and then buy future episodes as they get released — or not. It’s a free pre-zombie-apocalypse country.

Unlike most zombie-themed games, The Walking Dead has little action, and is instead focused on puzzle-solving and storytelling, keeping in line with the talky vibe of the series. Each section of the the first episode is centered on a location — a house, a drug store, a hotel — and as an escaped convict, you have to search for clues and supplies, talk to your fellow survivors, and very occasionally, fight off a zombie.

It’s those conversations with the other people that form the real challenge. Picking from a list of possible responses, you can convince people to help you, lie to them, take sides in an argument, or make life-and-death decisions. The game remembers your decisions, and the next four episodes can play out very differently, with major characters living or dying based on your choices. Especially tense are moments when you have to choose which of two friends to help, knowing that the other will end up as zombie charcuterie.

While the puzzle solving and conversations are a highlight, the rest of the game can feel a bit low-budget. The movements are very limited, the controls can feel awkward when walking around, and there’s never a sense of being able to freely explore or improvise your own solutions to problems (most puzzles have only one correct answer).

Despite the comic-book-style graphics, the game is relentlessly grim, with perfectly nice people eaten for lunch on a regular basis. Fortunately, the first episode can be played in a just a couple of hours, as any more might be too depressing. Now, seriously, where’s our Breaking Bad game?