Stream Violens’ Full ‘True’ LP, Get the Story Behind Each Song

Flush with demos and dreading the between-album lull, last year Brooklyn synth-pop trio Violens decided to post a song a month online to test out production ideas and gauge fan reaction. “We did some writing on tour together, just kind of passing the laptop around,” says frontman Jorge Elbrecht. “We ended up with 30 or 40 demos or ideas from that.” In the end, four of those tracks wound up on their dark, hazy sophomore release, True, due May 15 on Slumberland Records. Elbrecht and Iddo Arad (synth, guitar, backing vocals) talked us through tracks — read their stories behind the disc while listening to its premiere right here:

“Totally True”
Elbrecht: “That song is about being in some sort of relationship with someone who has a drug problem and is unfaithful, but the lyrics are pretty abstracted from that. It’s not really meant to clearly tell the story. I don’t think any of our songs are like that. But we were into this idea of having a chorus that was just one word. It’s a pretty classic kind of ’80s thing, but it’s also hard to come up with what word to say in the chorus and have this whole song be about this one word.”

“Der Microarc”
Elbrecht: “I collected sounds from horror movies. We went through a pretty laborious process of cutting out a lot of the ones that I wanted in there, but the rest of the band was like, ‘It’s too many weird chainsaw sounds.’ We pared it down to what’s there now. That’s my favorite part when we play it live.” “When To Let Go
Elbrecht: “We just did a video for that song. It’s basically a couple on the beach. We went to Montauk, this amazing location and we filmed a couple that start out kissing then little by little there are these abusive moves that happen between them — like hugging and then the guy will hug her a little too hard and she’ll wriggle out of the situation and then elbow him in the stomach. It escalates to a bloody struggle. So that’s kind of what the song is about in a nutshell.”
Arad: “It’s a really kind of sweet, summery vibe song. That’s why we shot the video on a really sunny day on a beautiful beach, but I think lyrically there are a lot of dark undertones. From the very beginning that’s always been a kind of theme in the music.” 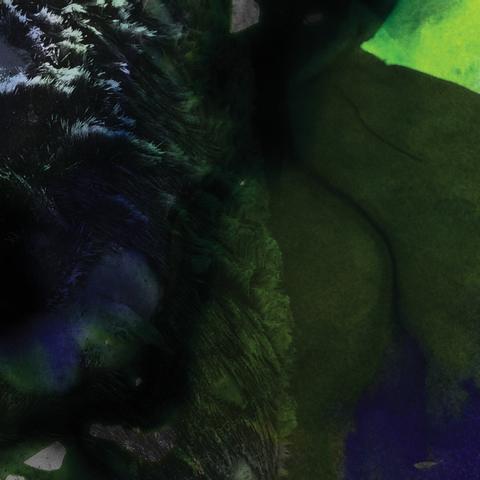 “Sariza Spring”
Arad: “This song stems from a really cool melodic idea that Jorge put together. We were sort of torn about what to do with it, but we all knew we loved it. We just picked it apart one day and then ended up veering into a different feeling with the song. Around the same time I happened to have met somebody really interesting in my life who came in and really made a strong impact and then disappeared. He happens to be Greek and so the reference to Sariza Spring is a reference to the small village he comes from.”

“Every Melting Degree”
Elbrecht: “That’s the first instance of total distorted guitar and it’s been really fun to play live. It came from listening to rough mixes because we turned back and forth about a million rough mixes before we got one we all liked. One of those mixes, towards the end of the song, was fading out and there was this little melody in there that was kind of accidental and that melody sparked a guitar part in the verse. But it was just a really fun range for me to sing and I think it always comes across like that live.”

“Lavender Forces”
Elbrecht: “That’s kind of like the calm before the storm. I grew up in Florida and getting to where I live there was like this really long expanse of trees, forest and I always saw it as this cleansing zone before you get to the small community where I lived. This song kind of works like that on the album. It’s a [transition] from the lighter first part of the record. After that we started getting into the kind of the more industrious, hard-hitting songs.”

“Unfolding Black Wings”
Elbrecht: “This is another one that we all favored a lot. For a long time it was going to be the first song on the album, but we all kind of agreed that it might give you the wrong impression of the rest of the record. It’s sort of like the beginning of side b, which is where it sits right now.”

“All Night Low”
Elbrecht: “If you’re taking a drive ‘All Night Low’ is like when you’re really flooring it and really going fast in the middle of the drive. Maybe you’ve stopped for another coffee and then turn the music way up. That’s the one we’ve been playing last at shows and it’s been a really fun closer for us. We also have a video for it that we’re pretty proud of. We had to put a warning on it for seizures and stuff like that. There’s a lot of flashing, but it made a lot of sense for the song.”

“Watch The Streams”
Elbrecht: “I really wanted to have these moments where, sonically, you could imagine like a sort of non-explosion that only left smoke in the room. I wanted the vocals to feel like there was smoke coming off of them. This is probably the most 60s sounding song. The guitars have a similarity, the melodic parts on the guitar are tie into the song ‘Der Microarc’ a little bit with sort of clean, fingerpicked slightly proggy guitar part.”

“Lucent Caries”
Elbrecht:”This one is sinister sounding in a way then it sort of devolves into just white noise bursts, but it’s all really subtle. You would think the album is over if you didn’t have it loud enough, but if you’re in the sweet spot of a couple of good speakers there’s some stereo effects that I tried on it where it’s supposed to feel like, again, you’re in a cloud of smoke.”

“Through the Window”
Elbrecht: “This is primarily Myles [Matheny, backing vocals, bass, guitar] our bandmate’s song. It started off as a guitar idea he had. We all worked on it together and I’ve always loved the intro melody. It’s something I’d want to wake up to in the morning, but it’s also got this dance-y beat. We also did this thing with the lyrics where they feel like something you’d say when you’re sleep, you know stuff you’d mumble.”

“So Hard To See”
Elbrecht: “I worked with this [art] group called Lansing-Dreiden and we were really into this Greek notion that everything can be categorized into three types of music: music for war, music for resting, and music for partying. I guess this would be the electronic, upbeat dance song. We’re all big fans of dance music and electronic music. We don’t really make it with our band, but this is a hybrid with guitar.