Because it's Friday and everyone needs a sports break 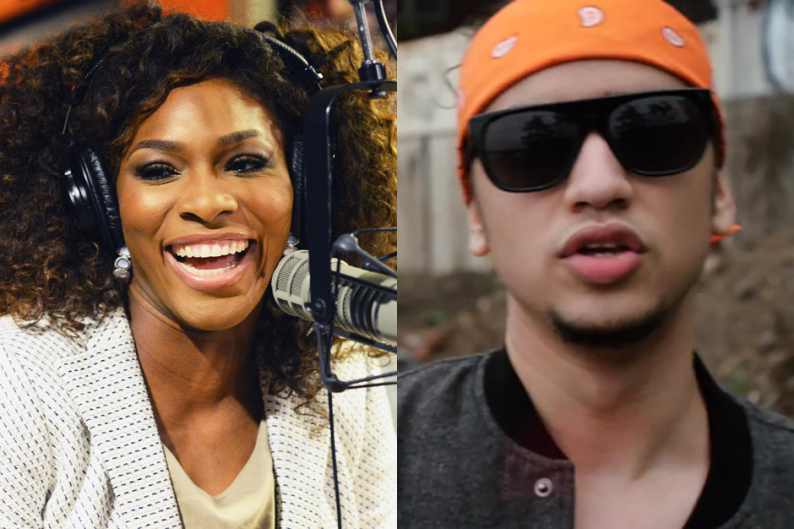 No, this post has nothing to do with Wavves’ beef with Metta World Peace. Simply because it’s Friday, the Internet has decided to indulge itself in yet another bout of athlete rap, this time with two tracks from the tennis and basketball arenas. Since it’s more or less useless to debate which release is better, we ask: which release depresses you less?

It was reported last year that Serena Williams would be joining the ranks of athlete-rappers and entering the studio to cut a few records. Finally, one of those, the officially unnamed but unofficially titled “I Win,” has been scooped by (who else?) TMZ and has subsequently been destroyed in every corner of the hip-hop blogosphere today. Luckily for her, the track, which lists (duh) all the ways she’s better than you, clocks in at a mercifully short 1:01. Before you condemn this track as the worse of the pair, consider previous tennis players’ forays into music, as well as some of the more hardcore dabblings of the sports world (via Rap Radar).

The second track is about three times as long and boasts about three times the production value than Williams’, but its subject is a bit more depressing. Shot by the handful of Knicks fans responsible for the “Shit Knicks Fans Say” videos, the track “Amar’e Stoudemire” highlights just how bad the Knicks forward has fucked things up for his team recently. The most depressing thing about the track, however, is that the video was posted Monday, prior to Wednesday’s game against the Heat, which featured Stoudemire getting himself fouled out of the Knicks’ elimination game against the Heat. Before you deem this track worse, consider the fire extinguisher, how much Lil Wayne loves Kobe Bryant, and, as AllHipHop points out, how much fun Stoudemire’s ex-girlfriend Ciara must be having with it (also, this). Watch the videos and decide for yourself: