From the New York rapper's 'Mykki Blanco & the Mutant Angels' EP, due tomorrow 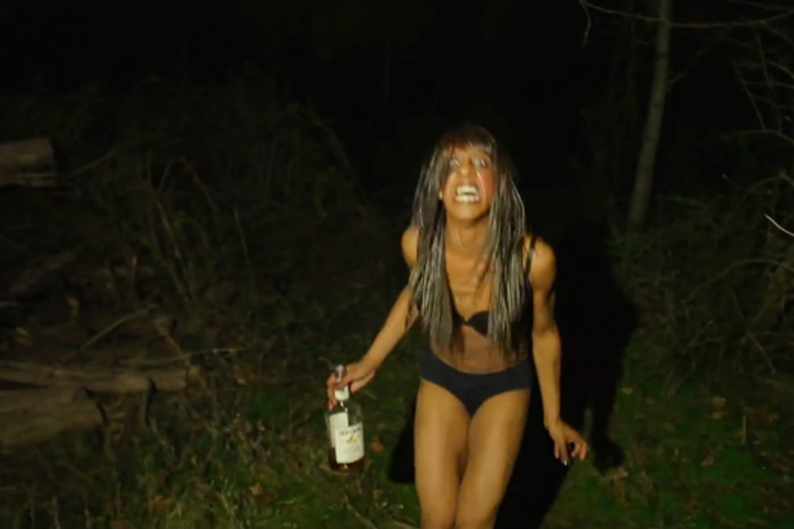 Mykki Blanco is one of the hardest up-and-coming performers in New York and “Join My Militia” is one of her toughest tracks. Over an Arca-produced beat that sounds like it was teleported in from Myst, the song embodies what critics see as a city-wide reclamation of the grit that defines NYC, an aggressive, snarling stance from the fringes that dares anyone to step to her. It’s no coincidence that she shouts out Nas, one of her favorite rappers, and forgoes a chorus for lyricism and storytelling about a double-agent boyfriend: “Damn, I didn’t know my man was in the Taliban,” abstractly expressing not just how badass her dude might be but also how deep she must be to mess with him.

However, where the rest of us have been absorbing Blanco as a rapper, she’s been cutting post-apocalyptic industrial tracks for her forthcoming EP, Mykki Blanco & the Mutant Angels (Uno/OHWOW), out tomorrow. It makes sense: Blanco’s music is defined by the fact that she never lets up on the gas, a point that she, as both drag-donning Blanco persona and Michael Quattlebaum (his birth name — pronouns and identities somewhat interchangeable), attributes to his lot in life. Yesterday Blanco tweeted, “its like, where does my aggressive stage persona come from? it comes from years of being yelled at and abused on the street for being gay.” Then she linked to a copy of Audre Lorde’s The Transformation of Silence into Languagecoincidentally with the following passage underlined: “learning to put fear in perspective gave me great strength.”

That’s how deep this video goes, with its revolutionary bravery in the context of a Lynchian beach shot and New York street aesthetics. It ends with a mouth-stuffed pulpo and a Jesus tuck, because that’s just how she rolls — no limits.