In the three years since the polyglot pop empress's 'Late Night' debut, all that hasn't changed is the fierceness of her performance 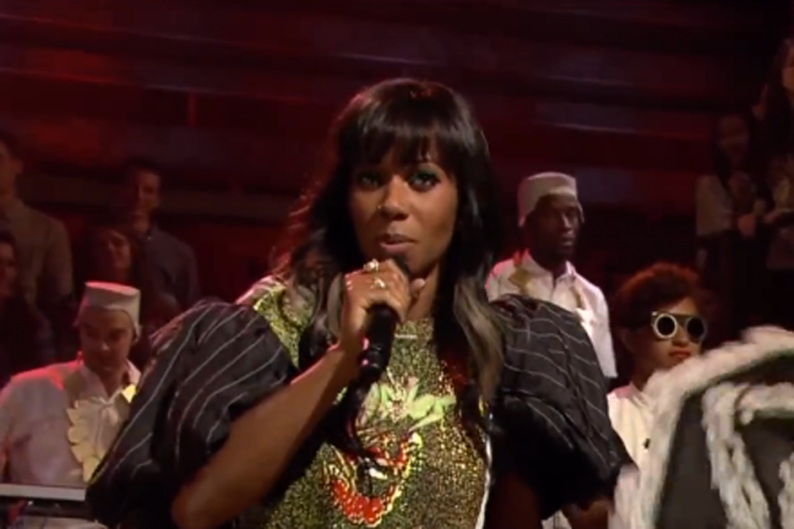 The changes since Santigold last performed on Late Night With Jimmy Fallon could hardly be more striking. Three years ago, when the take-no-prisoners East Coast singer-songwriter appeared to charge through her debut album’s reggae-blunted Brooklyn ode “Shove It,” her name change from “Santogold” was so recent that fellow Philadelphian Spank Rock actually called her the wrong name; Fallon was hosting only his second Late Night ever, in a seat still warm from Conan O’Brien’s departure. Last night, celebrating the release of her SPIN Essential new album, Master of My Make Believe, Santigold led the crowd — and her robotic dancing duo — through a clap-along rendition of youth-without-youth earth-shaker “Disparate Youth.” Last week Fallon was able to secure presidential participation in a “slow jam” backed the by the Roots, and on the same stage, backed by a band dressed all in White, Santigold’s growth was every bit as evident. She sang about overcoming adversity. She didn’t look troubled.