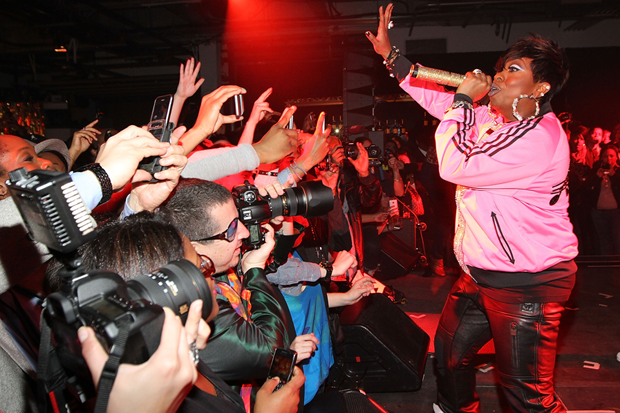 Organizers Guerilla Union announced the lineup last night for this year’s Rock the Bells three-stop festival series, which is stacked with several generations of hip-hop talent. Though Kid Cudi, Nas, and Wiz Khalifa share top billing on the lineup poster, Missy Elliott and Timbaland, the Hit Squad (EPMD, Redman, K-Solo, and Keith Murray), and Salt-N-Pepa will all join the bicoastal, three-weekend stadium tour. Bone Pugz Thugs-N-Harmony will reunite for their 20th anniversary to pay tribute to Eazy-E and perform E. 1999 Eternal in its entirety. As RTB vets, Wu-Tang members are all over the bill too, as Redman and Method Man wlll do their 1999 debut Blackout in full. RZA will “host” the series.

As a refresher: Rock the Bells started in 2004 as a SoCal-only festival, branched out to Northern California in 2006, and since has taken multiple forms and visited multiple U.S. cities. This year’s fest will hit its hometown, San Bernadino, California, August 18-19, then travel up north to Mountain View, California on August 25-26, and finally jet out to Holmdel, New Jersey on September 1-2. The Jersey date, as Miss Info points out, will take place over Labor Day weekend just minutes from Philly, where Jay-Z will be trying on his curation hat with Budweiser Made in America fest.