Bawse shows his softer side on single from July 31's 'God Forgives, I Don't' 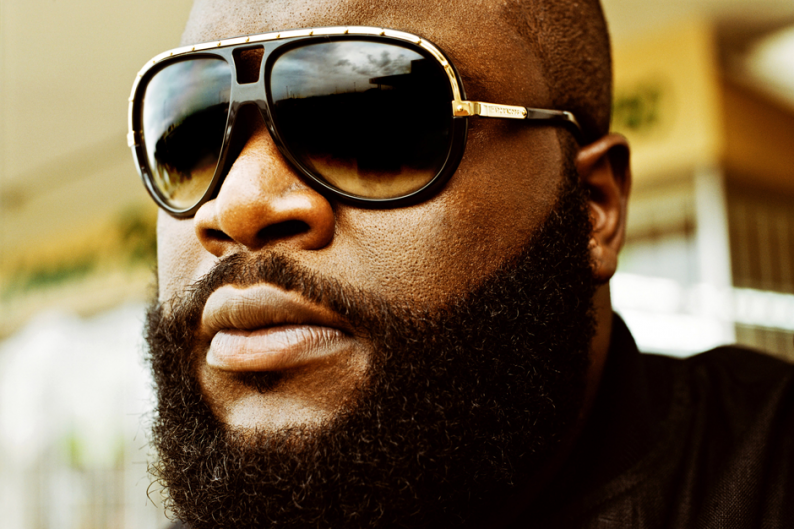 Rick Ross excels as an over-the-top embodiment of rap opulence, so much so that when he does underpin his action-flick bombast with nuanced emotions or clever wordplay, such small gestures can be easy to overlook. So it has been with Ross’s ongoing exploration of his softer side, as can be heard on no-shit love songs like Kelly Rowland collaboration “Mine Games,” from this year’s excellent Rich Forever mixtape, or Chrisette Michele’s Ross-guesting 2010 R&B gem “So In Love.” Usher-assisted slow jam “Touch’N You,” set for previously delayed July 31 release God Forgives, I Don’t, is the Bawse’s most overt lover-man move yet, and if it’s not as initially ear-grabbing as past Rozay standouts, it’s still encouraging to hear Ross play against type.

The follow-up to 2010’s Teflon Don is “a real lyrical album” and “a real street album,” Ross said in a video announcing the new single, “but I wanted to most definitely let all the sexy ladies know that I got something for y’all. I’ma take care of y’all. That’s what the Usher record is.” After Ross brought some hip-hip muscle to Usher’s lascivious “Lemme See,” the R&B star returns the favor on “Touch’N You,” a smoothed-out, floaty ballad with a clapping beat reminiscent of Rihanna’s “Birthday Cake.” Neither performer ventures into particularly memorable territory, with Usher crooning sweet falsetto nothings and Ross reprising the same Ferrari-convertible imagery he uses on another new track, his just-posted “Birthday Cake” remix (timely!).

A slightly better example of Usher and Ross’s powers combining to potentially seductive effect is Diddy’s parly Ross-written Dirty Money track “Looking for Love”, an unrepentantly unromantic club banger — it’s always the last place you look, isn’t it? That’s advice Usher hopefully keeps in mind on his own Looking 4 Myself, too.