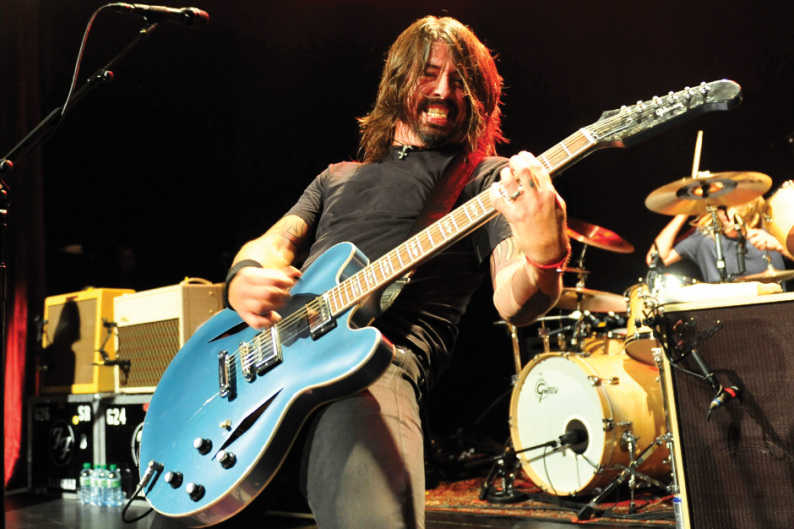 In case you hadn’t heard over the past, oh, two decades, Dave Grohl is a 21st century analog boy. Really analog. Through and through, analog or die. Now, to personally, officially confirm that, yes, he will indeed be directing and producing that Sound City documentary we’ve known about for months, he’s gone and emphasized how analog he truly is, by handwriting the document’s official announcement. 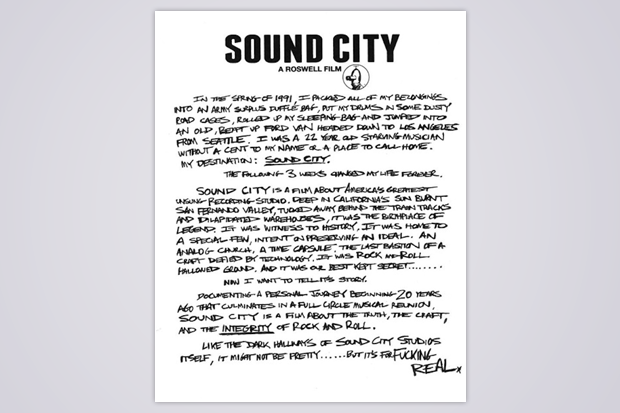 Sound City will give audiences a feature-length history of Sound City Studios, the Van Nuys, California, studio where great albums including Fleetwood Mac’s Rumours, Neil Young’s After the Gold Rush, Rage Against the Machine’s self-titled, and of course, Nirvana’s Nevermind were recorded. So far, the flick has no release date, but we’re promised that it’ll be distributed by Roswell Films, (the film arm of the Foos’ Roswell Records), it’ll feature original performances by artists whose careers were touched by the space, and that Grohl has interviewed literally hundreds of A-list artists and producers. Check out Grohl’s introduction below, as well as the doc’s trailer, which was released in February: