Rap Release of the Week: Killa Kyleon & Mouse on tha Track’s ‘Welcome to the Fish Fry’ 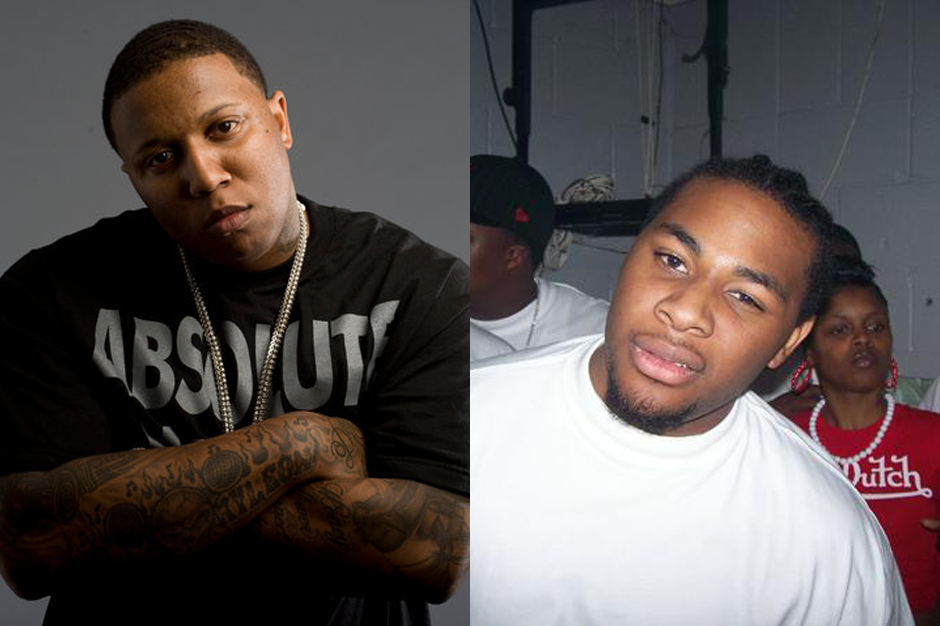 I didn’t pick a rap release last week, but had I, it would’ve been Killa Kyleon and Mouse on tha Track’s Welcome to the Fish Fry. And since nothing too great has really come out since then (KD’s solemn Crown Me, Playboy Tre’s pretty good Liquor Store Mascot 2 are worth your time, though), I’m just going to talk about Kyleon and Mouse’s mixtape, which is one of the most consistent and accomplished releases of the year. Welcome to the Fish Fry is both an unlikely pairing of hip-hop talents and a remarkable example of Third Coast synergy. Mouse on tha Track is a Baton Rouge producer best known for Trill Entertainment hits like Lil Boosie’s “Zoom” and Foxx’s “Wipe Me Down.” Since the quasi-collapse of the label (mostly due to Boosie facing the death penalty for murder charges), Mouse has retreated to the Internet, delivering the same springy, goofy, slap-happy productions he was giving to Boosie, Webbie, and others, to free download websites like DatPiff. Last year’s Swagga Fresh Freddie was one of SPIN’s best rap albums of 2011.

Houston’s Killa Kyleon is a manic, dead-serious spitter, often marred by meh production and a lyricist’s desire to show off (see the unnecessary “Syrup City” freestyle). If this were a few years ago and Papoose jokes were still in vogue, it would be tough to praise Kyleon and still clown that notoriously over-lyrical New York City hardhead. When everything aligns for Kyleon, though, as it does on songs like Big K.R.I.T.’s “Moon & Stars” remix and “Bodies Hit the Floor” with Bun B, he’s one of the most vital meat-and-potatoes rappers around. Kyleon can rap his ass off, but he’s not boring like a lot of other guys who can rap their asses off.

Hooks — good ones, goofy ones, catchy ones, insanely catchy ones — seem to pour out of Mouse. It’s like he’s missing the part of his brain that edits or thinks: “No, that’s a little too ridiculous.” So, on Welcome to the Fish Fry, you get songs like “Dick Look” (“She got a dick look!”), “Freddy Krueger” (“I be on that purple drink, it look like Freddy Krueger got ‘em”), and “Pocahontas” (pretty much the Atlanta Braves’ tomahawk-chop chant in rap-music form). These are totally the kinds of good-terrible ideas at which Mouse (see “Cartoon” from Swagga Fresh Freddie). But you wouldn’t expect Kyleon to play along and indulge him. But he totally does. A personal favorite Kyleon line, from “Oil Spill”: “Everything’s fucked up they blame it on Obama / I got something better, nigga, blame it on your mama.”

It’s refreshing how little a street rapper like Kyleon is interested in being confessional here. Unlike most gruff dope boys, he doesn’t seem to be looking for sympathy, or even understanding. From “Holla At Ya Boy”: “I’m talking about pies and chickens / Yeah, that’s how I been living / Mama don’t like it, but what the hell, that’s my decision.” On “Oil Spill,” besides that killer Obama intro line, Kyleon presents an unsentimental vision of the streets that rounds out the “stop snitchin'” argument, and makes the point that crime is nothing but a pathetic series of dudes flipping on each other. Then the hook is just Mouse wheezing out, call-and-response style: “We’ve got an oil spill, everybody’s snitchin’, they leakin’ out their linens, I said a nigga ain’t silent, if he ain’t silent,” over and over and over, in his delightful, folksy drawl.

Pardon some nostalgia here, but Kyleon and Mouse are casually resurrecting a form of street rap that goes back to a late-’90s time when street rap could be fun and menacing. When hooks were still of interest — and not just country-rap tunes croons — but loud, elastic shout-outs that rattled all around in your head and scored middle-school dances, despite the fact that the songs were ostensibly about soul-crushing poverty and only-way-out crack sales.