Which is totally not the same thing as a hologram... right? 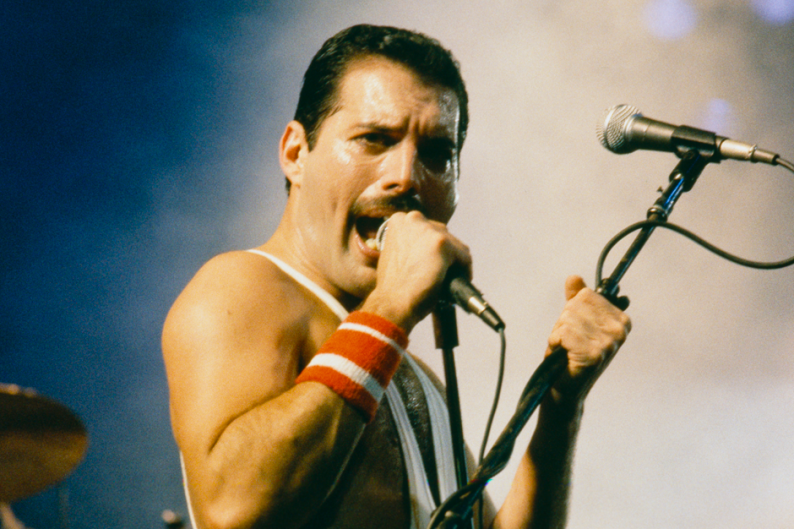 Freddie Mercury will make a technology-enhanced appearance from beyond the grave at a tenth anniversary performance of the Queen musical We Will Rock You. But to be clear, the frontman — who died in 1991 — will not be a hologram. He will be an “optical illusion.”

Yesterday, Queen guitarist Brian May all but told the BBC that Dr. Dre and Snoop Dogg scooped his band with Holo-pac’s performance at Coachella last month. “It’s a little unfortunate they did that thing with Tupac as we’ve been trying to make Freddie appear on the stage for quite a while,” he said. “[That technique] is something we’ve looked at ourselves but I think probably for a show that runs eight shows a week it’s not really quite practical.”

The interview was focused on the specific anniversary performance, which will take the stage Monday night (May 14), however May seemed to imply that the “optical illusion” will join the cast of We Will Rock You in future performances. Didn’t ‘Pac’s creators say it wasn’t that expensive, though? Regardless, May says Mercury’s, ahem, mercurial performance will take the form of “an optical illusion of sorts,” not, thank you very much, a “hologram,” and that it will have “people come out saying, ‘Did we actually see Freddie?’ ” Totally unlike Holo-pac, right?

The anniversary performance will be staged at London’s Dominion Theatre. Robert De Niro, one of the show’s producers, and someone May is calling “our friend Bob from Los Angeles” (“so we don’t get too overcome with his stardom”) will make appearances in the audience. If Sacha Baron Cohen wasn’t busy marching around as a dictator, he’d probably be there, too.