Oh boy, everybody’s got an opinion on that SPIN’s 100 Greatest Guitarists of All Time list, don’t they? Well, I do too! Good to see Jam Master Jay make it to the top ten, he certainly deserves it. There probably should’ve been room for Rick Rubin and Mike Dean (who really did play guitar on some rap albums!), as well. If you ask me (and you didn’t, nor did anyone from SPIN), lop off a few of those post-Lou Reed trying-not-trying guitar chuggers, and include Rubin and Dean. Also: Skrillex is better than your guitar teacher’s guitar hero. And Shuggie Otis, Chuck Schuldiner, Greg Sage, Nile Rodgers, Derek Bailey, Sonny Sharrock, and Eddie Hazel are all on there! My bitchfit omissions: Yngwie fucking Malmsteen, Christian Fennesz, Willie Hutch, Jojo Hiroshige, and Grant Green.

Le1f “&Gomorrah”
Did you know Das Racist’s “Combination Pizza Hut, Taco Bell,” produced by Le1f, is based on the start-stop-drop rhythms of Masters At Work’s house classic kept alive by vogue culture, “The Ha Dance”? I didn’t know until Julianne Escobedo Shepherd pointed it out in her EMP Conference presentation, “Cunt Music: When Vogue House Dips Meet Dipset.” The more you know! Here, Le1f and producer Tom Richman create what sounds like a Night Slugs-sponsored rock-off battle between cookin’ dance-friendly swag rap and M.A.W.’s bendy Trading Places-sampling classic, with Le1f officiating, like a hybrid of the most verbose vogue ball host of all time, and one of those rapid-fire auctioneers from Werner Herzog’s How Much Wood Would a Woodchuck Chuck. All that context hangs heavy, but “&Gomorrah” is mostly just a get-fucked-up-and-fuck, party-rap song that takes aim at actual haters (gay-bashers and homophobes, though the meaning of “gay bash” is cleverly flipped here) and not, you know, your one math teacher who laughed at your rap dreams away and told you to get working on that algebra assignment. From Le1f’s Dark York, which is one of those really great rap albums that takes some time to figure out and understand, and therefore, isn’t conducive to being embraced the week it drops, which is why I’m getting to it almost two weeks later.

Nikkiya, feat. MC Lyte “In The Game”
Best known for her aquatic warble on Yelawolf’s “Speak Her Sex,” Nikkiya has re-released last year’s SpeakHER (one of SPIN’s Top 20 R&B albums of 2011), with some new songs and a $6.99 price tag. On my favorite song from that once-free download, producer Willpower, responsible for all of SpeakHER (and Yelawolf’s Trunk Muzik mixtape) updates the rubbery, funk-disco strut of the Fatback Band’s “Backstrokin’,” leaving us with something that sounds like it could’ve become the type of buzzing, bloggy dance hit that soundtracks next season’s opening credits of Portlandia (had, say, Caroline Polachek politely sung on this instead, it’d be on every douchebag’s Serato!). Really, though, “In The Game” thumps like something from Ultimate Beats & Breaks, and that’s probably why an golden-age rapper like MC Lyte makes a charming appearance that reminds us of her laconic confidence. Just by existing, though, Lyte’s rap also derails the toxic idea thrown around by angry nostalgists and the youngsters that listen to what they say (and Tumblr about it), that somehow female rapping in the Nicki Minaj era is a devolution from Latifah and Lyte, rather than the logical, shit-talking, A.D.D.-addled next step. You can stream Nikkiya’s Speakher Overload at DJBooth.Net. 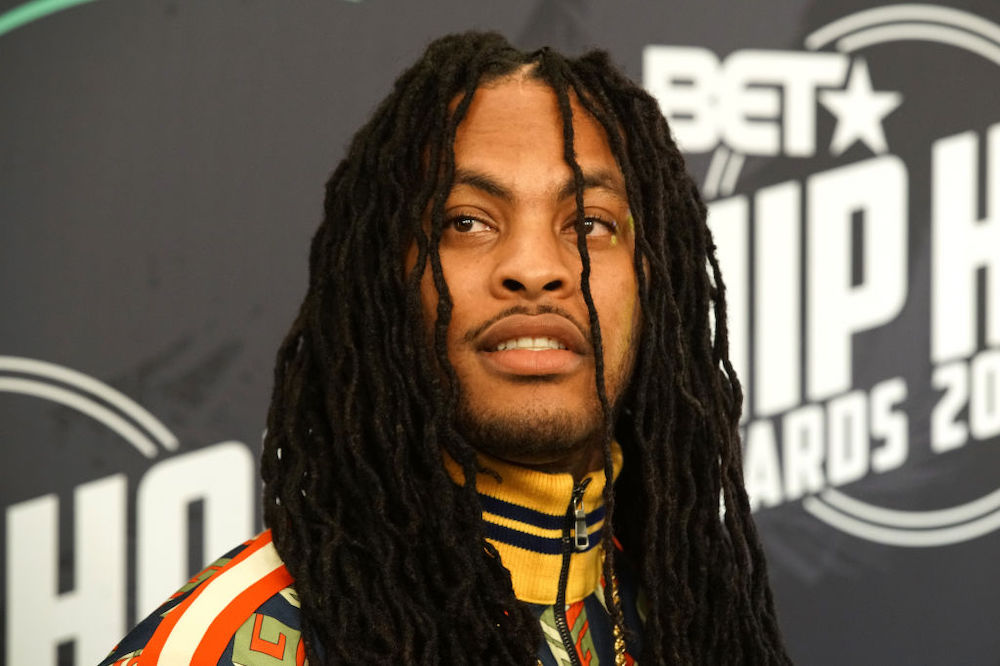 Pepperboy “REAL”
An incomplete list of “Moments In Love”-sampling rap songs: “Break Ya Self” by Kingpin Skinny Pimp, “Mo Murder” by Krayzie Bone, “Moments in the Hood” by Z-Ro, “Moments Of Love” by Jagged Edge feat. Trina and Gucci Mane, “Naturalz II” by the PRGz, “This Is Why I’m Hot” by Mims, and “Up In Smoke” by Tity Boi. Little Rock, Arkansas’ Pepperboy politely takes over Shady Blaze’s Friendzone-produced “Follow Me” and pens what just might be the sweetest bunch of street-shit sentimentality heard in quite some time. He dismisses hustling as “just a stage,” shouts out his family (“They kept it real”), the United States of America (“The great, red, white, and blue / You can live a long life, just do you”), old people (“Respect your elders”), the military (“Them guys break they necks, the camouflage, the Navy SEALS / The ones that got Bin-Laden, you know they really real”), and takes a stand against “domestic violence” (“It need to stop / Love that woman, she the cream of the crop”). Imagine the lunkheadedly simple Rick Ross school of “real shit” signifying (“Damn, life’s so short/ Fuck, I don’t wanna go to court”) treated as something more than struggle-rap Mad Libs and you’ve got Pepperboy.

Playboy Tre “Still Standing”
B.o.B’s best friend takes a beating from haters lobbing nepotism accusations his way and tells you all about it with the help of an Elton John empowerment anthem from 1983. It doesn’t matter how he got here, bitch, because he’s on a stage and people are screaming his lyrics back at him, got it? Yeah, I don’t entirely buy it, either. But goofy-ass samples over heart-on-the-sleeve raps never not work, right? Kinda sucks that Playboy Tre seems to only exist to support B.o.B’s street cred these days. Cred, mind you, that no one’s even asking for, or demanding at this point. What should’ve been something like an event for Internet-rap scourers — the sequel to 2009’s biting, humane, Liquor Store Mascot — sneaks onto Datpiff, etc. a few days after B.o.B’s sophomore album, Strange Clouds. A better look for Playboy Tre’s established persona would be to do a kind of Fatlip from Pharcyde-like self-deprecating joke confessional about what it’s like to be second to Mr. Airplanes In The Night Sky Are Shooting Stars than to suggest it doesn’t matter, which is what he does here on “Still Standing.” Then why’d you bring it up, Tre? Why did you bring it up??

Waka Flocka Flame “Foreign Shit”
The Atlanta rap superstar of the moment, who was born in New York, who is a bright shining example of rap lyrics not being all that important anymore, does a homage to the golden-era of New York rap thanks to a 2002 backpack-rap resurgence production approximating the golden era from France (Booba’s “Repose en Paix,” which you can read more about it here) and straight-up murders it. Man, for all of Flocka’s end-run-around-critics honesty about not being a lyrics dude (hilariously parodied in this Pitchfork “Selector” video), he’s doing a damned-good version of real grimy rap shit here. Which actually makes sense, because Flocka is a hook dude and so, very easily, he’s able to do that ’90s hip-hop thing where you just chant a bad-ass, mealy-mouthed phrase over and over again and that’s perfectly acceptable as a hook. Flocka loses his confidence after the first verse and ends up just doing what he usually does (yell and shout awesomely) but for a moment, he sounds inspired and menacing — in a world-weary Mobb Deep way rather than a fuck-the-world M.O.P. way — and actually renders his own cacophonous ad-libs useless. If you’ve not read SPIN’s cover story on Flocka, do it! It’s great!