Madonna Expresses Herself to Lady Gaga With ‘Born This Way’ Cover 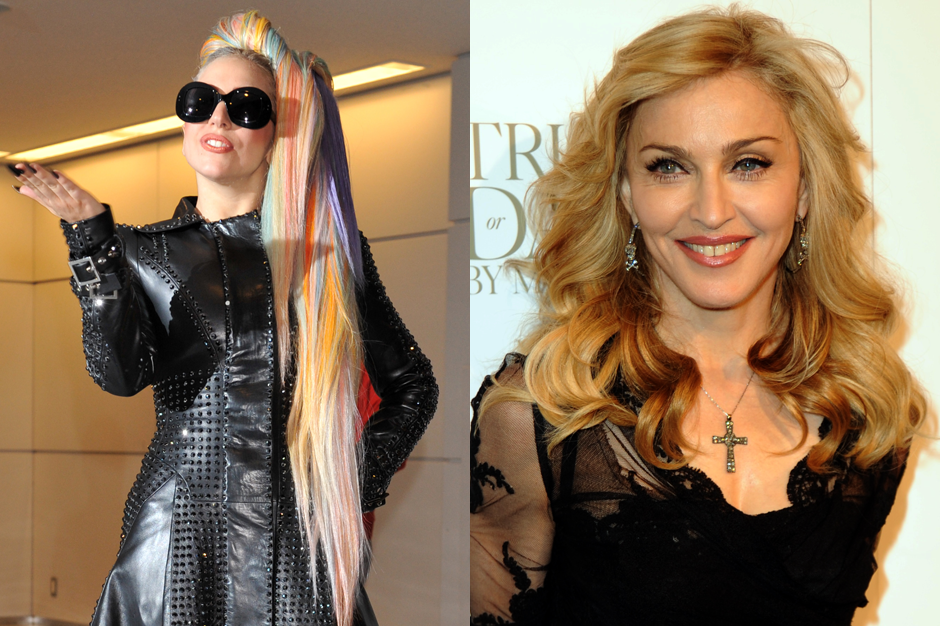 Madonna keeps finding ever-cheekier ways to point out the obvious similarities between Lady Gaga’s “Born This Way” and the Material Girl’s own “Express Yourself.”

The latest comes via freshly surfaced footage of Madonna performing “Express Yourself” during a rehearsal in Tel Aviv for her MDNA tour. The performance turns into a medley, with Madonna singing the chorus from “Born This Way” before returning to “Express Yourself,” intermingling lyrics from both songs to drive the point home. And then, in the masterfully malicious coup de gras, Madonna weaves in a bit of her own Hard Candy track “She’s Not Me.” The point, we think, is obvious.

Madonna has been playing cat-and-mouse with Lady Gaga over “Born This Way” for more than a year now. In April 2011, Madonna uploaded her 1989 MTV VMAs performance of “Express Yourself” to her official YouTube account, leading Lady Gaga to tell Jay Leno that Madonna and “her people” had expressed their “love and complete support” for “Born This Way” — not that Madonna’s “people” would confirm this statement.

Then, in January, Madonna sank in her claws, telling Newsweek of “Born This Way”: “I thought, this is a wonderful way to redo my song. I mean, I recognized the chord changes. I thought it was… interesting.” Now we know what Madonna really meant: “She’s not me.”

So it would be totally OK for Madonna to tour schedule runs from Europe to North and South America.)