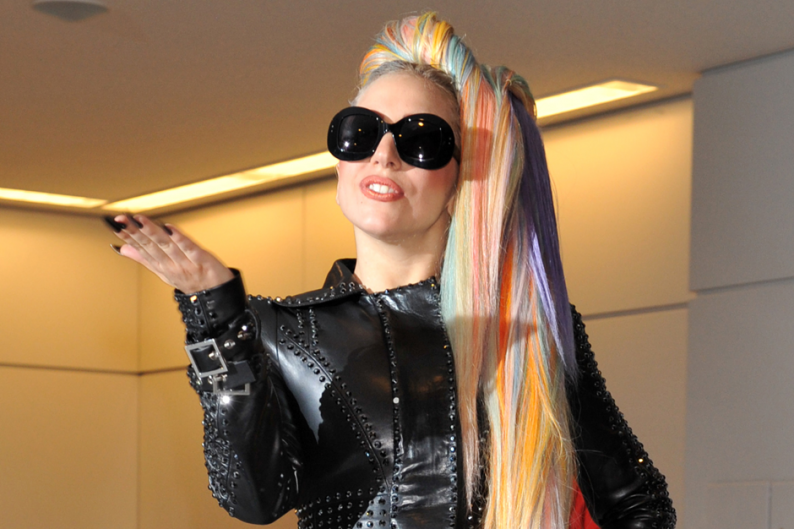 South Korea’s Christian groups might not have been able to shut down Lady Gaga’s godless show when she touched down in Seoul last month, but conservative Islamic protesters in Indonesia, who have been petitioning against her Jakarta performance since before tickets went on sale, have notched a victory. Gaga’s sold-out June 3 show, which would’ve been the biggest on her Asian tour at the 52,000-seat Gelora Bung Karno, was denied a concert permit by national police in the wake of vehement protests against the raciness of her act.

According to an AP report, “extremist fringe” Muslim groups, including lawmakers and religious leaders, have been denouncing the star’s rainbow ponytail mission statement, costumes, and overall performance as immoral influences on the Islamic community in politically secular Indonesia, which comprises nearly 13 percent of the world’s Muslim community (Indonesia is home to more Muslims than any other country). The police finally caved to their demands to shut Gaga out after some “threatened to use physical force to prevent her from stepping off the plane” — a spokesperson for the national police said the local force was worried they could not guarantee the security of the performer or attendees. As of now, it is “not immediately clear” if ticket-buyers would be refunded or not.

Neither Gaga nor her camp has yet to respond to the cancellation. Mother Monster hasn’t tweeted about it yet, either, but has been hard at work posting photos of her latest meat-dress iterations, which she wore on tour in Tokyo and which no doubt continues to enrage religious conservatives in southeast Asia. Her next stop is Taiwan.

Despite being on the other side of the planet, Lady Gaga has been quite busy stateside. Not only is she up for 10 categories at the Billboard Music Awards on Sunday, but she and her animated meat dress make their debut on The Simpsons Friday night, too.