Emma Thompson, who is writing the film, has said the "Hard Knock Life" rapper will indeed turn movie-soundtrack Daddy Warbucks 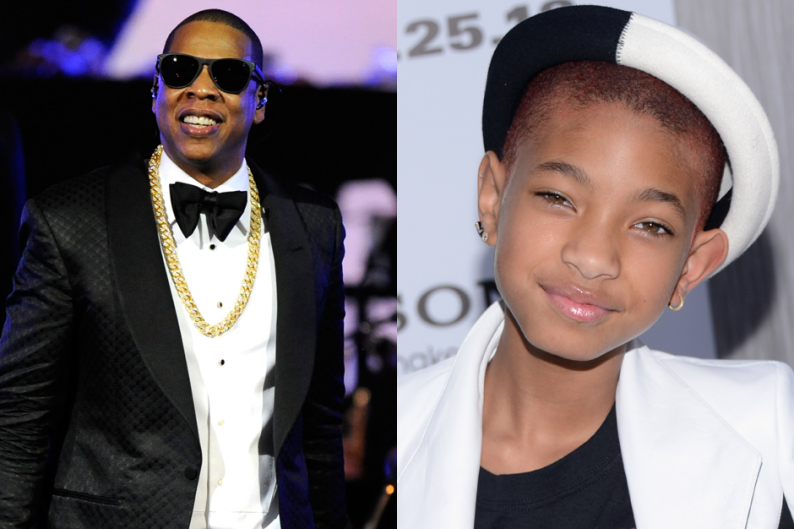 Daddy Warbucks, the rumors are true: Jay-Z will be overseeing music for a remake of the musical Annie and will contribute original tracks. That’s according to British actress Emma Thompson, who is writing the film, as she confirmed — along with Jay-Z’s involvement — to BBC and the U.K. Press Association. The movie is being produced by Will Smith and will star his daughter, hair-whipping Jay-Z signee and noted Odd Future fan Willow Smith.

“I think it’s a very good combination,” Thompson told the BBC. She added that film’s management was hoping to choose a director as early as this week. Thompson is pumped about the project, according to the Press Association, which quotes her as saying: “I’m writing a modern version of Annie for Willow to play, which I’m so excited about because Jay-Z is going to do the music — oh my God I’m so modern! So I am very thrilled about that.”

The movie will take place in present-day New York and will include new songs, according to Thompson’s interview with the BBC. Some of the old songs won’t make the cut, but Thompson eases any concerns that the new Annie will leave out the old standby “Tomorrow” — “that’s in, weirdly,” she’s quoted as saying. Filming reportedly starts early next year, and Thompson confirms that Willow Smith will play the title role, adding, “That’s if she doesn’t get too tall.” So we know Willow won’t be doing any “Got Milk?” ads in the coming months.

Jay-Z sampled a song from Annie for the hit single “Hard Knock Life (Ghetto Anthem),” from his 1998 album Vol. 2… Hard Knock Life. The film project comes as he’s been particularly busy: flying to France for Kanye West’s Cruel Summer film premiere, raking in BET Awards nominations, fending off Guinness World Record challenges, and, oh yeah, tapping Pearl Jam to headline his own Made in America music festival. He also recently endorsed Barack Obama’s support for same-sex marriage, while his wife Beyoncé, will perform tonight for the first since giving birth to their daughter Blue Ivy Carter in January.

Will Smith separately confirmed the Annie project and Thompson’s role in an interview with Good Morning America this week. “Emma Thompson wrote the script for Annie,” Smith said. “She is fantastic.” Thompson co-stars with Smith in the new movie Men in Black 3, though the two met during the making of 2007 film I Am Legend.

The sun’ll come out … whenever the Fresh Prince tells us it’s coming out.