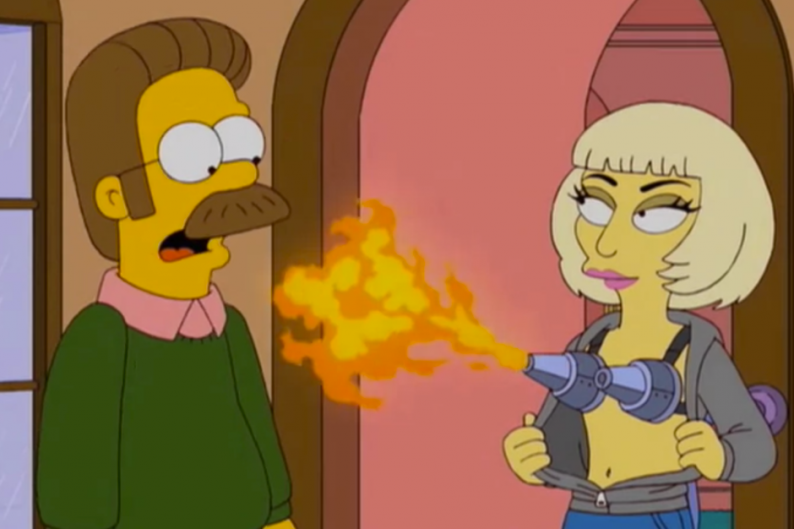 As SPIN has noted previously, Lady Gaga appeared, in all her many-outfitted glory, on the season finale of The Simpsons last night. The episode, which featured Mother Monster coming to town on her very own train to save Lisa from feeling bad about herself, of course had to feature a song. The tune, called “You’re All My Little Monsters,” is essentially an ultra-cartoonized “Born This Way” and celebrates the extra-special freakiness of the citizens of Springfield (via Hypetrak). While her avatar was flying around, bedecked in, among other things, a dress made of Grammys and a Madonna-meets-Katy-Perry exploding bra, Gaga herself was somewhere in between Taipei, Taiwan, and Manila, Philippines, the latter of which she will totally offend rock tonight:

Watch below, because everyone needs to find that “sexy Mr. Hyde” within (as well as see an animated Gaga dressed as Teen Wolf):