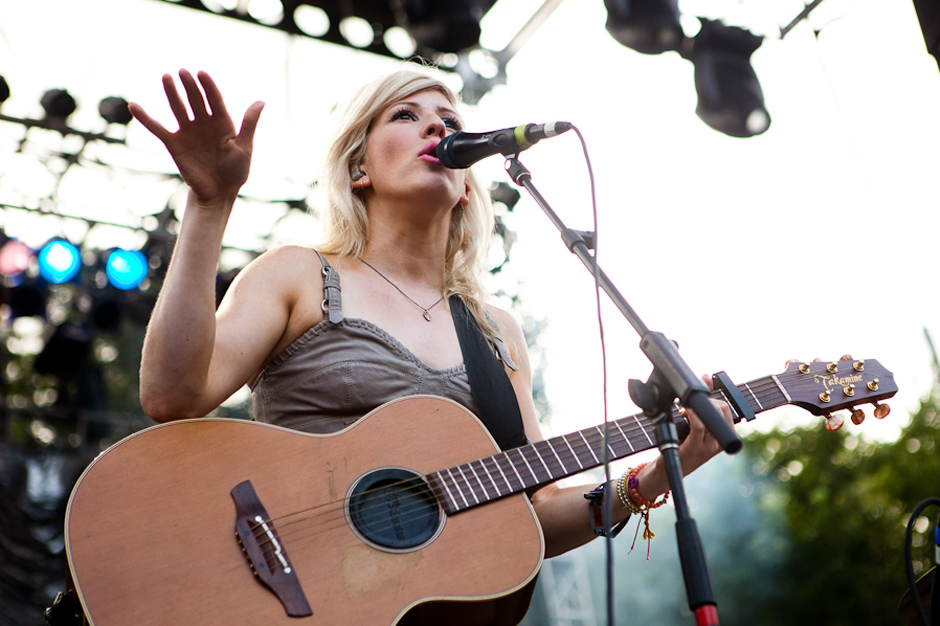 For reasons yet unknown, Brit pop darling Ellie Goulding recently decided to cover the Weeknd’s particularly creepy (and perhaps best-known) House of Balloons cut, “High for This.” The track — which was posted last night and produced by Chiddy Bang’s Xaphoon Jones — has a more electronic aesthetic than the original, highlighting how insane its silky-smooth yet ultimately predatory lyrics sound when they’re not being sung by a controversial, seductive mystery man like Abel Tesfaye.

SPIN ranked two-thirds of the Weeknd’s trilogy at No. 13 on our 50 Best Albums of 2011 list, so we’re admittedly hooked by his nü-nihilism (and Ellie made our Best Pop Albums, too). But Goulding’s pop-enhanced (and obviously quite deft) cover emphasizes its unsettling aspects. A tiny blonde woman pressuring a “boy” to sip codeine and have unprotected sex? Empowering? Ridiculous? Neither? Listen below and judge for yourself. And watch out, Skrillex!