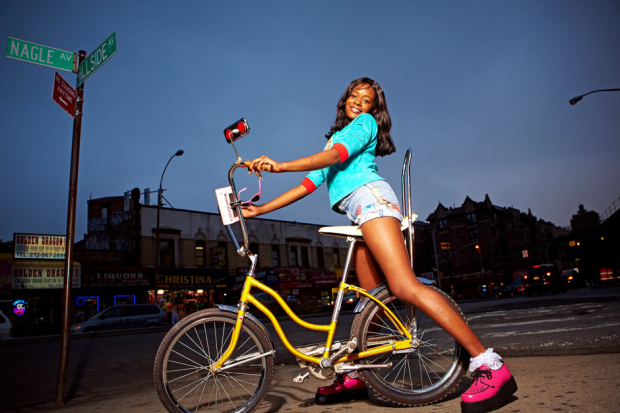 Jumanji grossed more than $100 million in the U.S. alone. Was anyone else blissfully unaware of this? Released near the peak of Robin Williams’ post-Mrs. Doubtfire, pre-Good Will Hunting ’90s resurgence, this board game-themed movie (also starring a young Kirsten Dunst!) lends its title to the latest track from Azealia Banks. As MissInfo reports, the track will appear on the Harlem rapper’s upcoming Fantastic mixtape and was produced by recent Kanye West collaborator Hudson Mohawke along with fellow U.K. electronic artist Nick Hook.

“Jumanji” won’t make up for all Banks’ canceled live appearances this summer, but it’s another promising example of her knack for combining agile filthiness with up-to-the-minute beats. Like Rihanna’s “Birthday Cake,” Big Sean’s Nicki Minaj-guesting “Dance (A$$)”, and scores of other recent hits, the song is what the critic Al Shipley has called a “clapper,” beginning with a rigid series of claps on every eighth note, although the producers stretch out with enough elephantine trumpet blares, calypso steel drums, and loudly clanging timpani for a tour through a wild animal park.

Banks’ flow is no less frenetic, bringing the savannah back to “uptown, Broadway,” in between more of the female genitalia slang references of her best-known track. She may or may not “ruin” us, but the production here definitely makes us feel spoiled. Wait, why is this called “Jumanji” again?