The producer's collaboration with L.A. drummer Joey Waronker and London singer-songwriter Laura Bettinson has a new video for song 'Smalltalk' 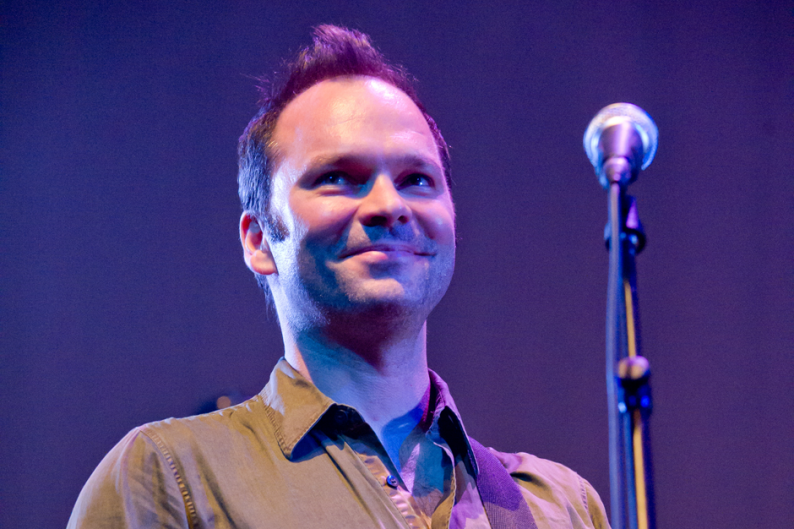 Fashionista. Clintonista. Recessionista? Sigh. Three years after Sting-backed Manhattan nightclub Socialista shut down, the adaptation of the romance languages’ “-ista” suffix by English speakers has yet to run its course. In the case of Radiohead producer Nigel Godrich’s latest band, Ultraísta, however, the source appears to be, y’know, actually Spanish: an early 20th-century literary movement known as ultraísmo, whose adherents included the great Argentine writer Jorge Luis Borges. Not too shabby-ista.

In addition to his longstanding work with Radiohead, Godrich has also produced Beck, Paul McCartney, and, more recently, Here We Go Magic. He’s also a member of Atoms for Peace, Thom Yorke’s band with the Red Hot Chili Peppers bassist Flea. As Pitchfork reports, Godrich has formed Ultraísta with former Walt Mink and Ima Robot member Joey Waronker — a drummer/producer who has worked with Beck and many others (he’s in Atoms for Peace, too) — as well as London singer, songwriter, and producer Laura Bettinson.

Ultraísta’s first song and its accompanying video are befitting a group named after a long-ago futurist movement. With Barrett’s layered vocals, a lockstep rhythm, and ethereal synthesizers, the track could be a lost collaboration between Thom Yorke and Stereolab, which sounds like a pretty compelling recent-past vision of the future right there; another comparison that comes to mind is Swedish electro-soul outfit Little Dragon. The video focuses mainly on Barrett’s face in the darkness. “If you haven’t gone back, how can you start again? she asks, looking us right in the eye. It all might wash over you moodily at first, like the various colored lights playing over Barrett’s steely expression, but these types of records tend to be growers, so check back with us in a couple of weeks. In the meantime: Viva Ultraísta.