Bassnectar loves to share. The genre-melding EDM low-end master can’t even get through a meal without telling the world about it. “Since I was a kid I had a natural inclination to share anything I found highly pleasurable,” says the man born Lorin Ashton. “So if I experience a good place to eat or even an amazing song, I won’t finish before I start texting people like, ‘You gotta try this!’ “

That enthusiasm is what led Bassnectar to start organizing raves in the mid-’90s, after falling in love with the glowstick-lit scene. Throwing parties turned into DJing turned into making his own music. Now the producer-DJ, 34, who released the massive-sounding Vava Voom full-length earlier this spring, is headlining tours, filling famed venues like Colorado’s Red Rocks amphitheater, and hitting festivals all summer.

Before that, though, the quirky Californian dropped by SPIN’s Manhattan office to shed some light on his key influences.

Earthquakes:
I often credit the Loma Prieta earthquake, which happened in California in 1989 when I was 10 years old, as a huge influence. It was the first time I experienced bass and it was a sound that I associated with being overpowered. It was this WHOOSH and the sound of the Earth changing. I think it’s significant because a human’s ability to broadcast sound with a certain level of sub-bass is really new within the last fifty years. Homo sapiens had never been able to experience bass at will, maybe in a big concert hall with a fucking timpani drummer or something, but not pulverizing bass lines. I think that we respond to that with a mixture of pleasure and fear. There’s a sense of being overwhelmed or overpowered. In the past you could only get that with a hurricane or earthquake. 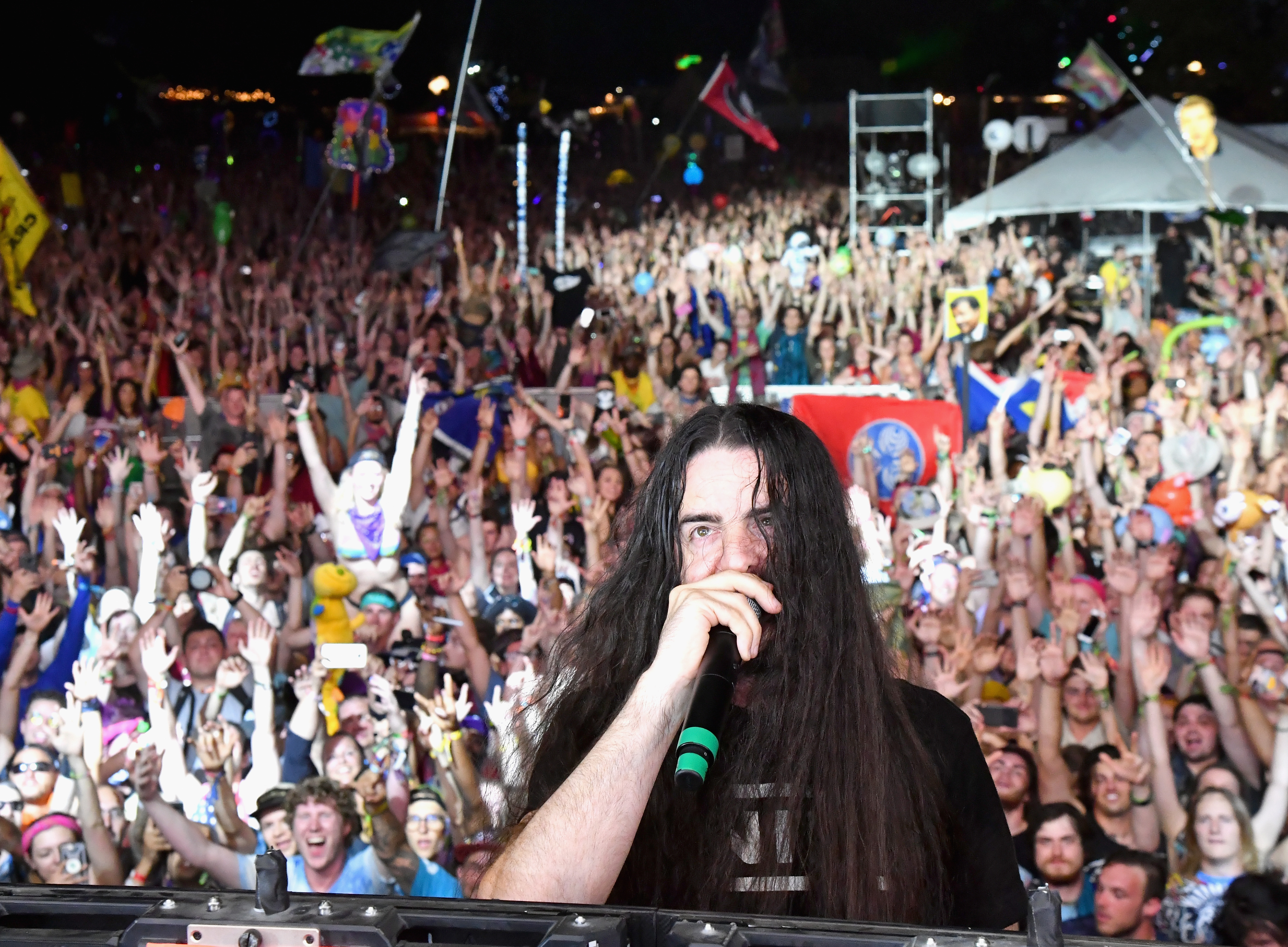 Metallica and Nirvana:
I heard Nirvana and Metallica in the same week and immediately got a guitar. I had about three lessons and learned to play “Smells Like Teen Spirit” and “Enter Sandman.” The list of reasons they’re influential is really long — it’s partly about the music but it’s also about identifying with something that was completely mine and not my parents’.

On [1991’s] Metallica album there’s this sound, I don’t know what it’s called, it’s like you mute the guitar strings with the palm of your hand and strike really hard when you’re doing a low note and it gives you this CHNK CHNK CHNK sound. I would just try and isolate that sound and ask my guitar teacher [how to make it], because I’d hear it all the time and that noise was the reason I wanted to learn guitar. I’m a gentle person and I’m not violent but I appreciate filthy music. The thing about Nirvana that influences me to this day is how raw they were and how fierce and left-field. But it was so catchy. I gravitate towards something that has more personality and a diverse palette of both emotion and sound.

California’s Mid-’90s Rave Scene:
I went to my first rave in 1995. Upon entering that rave I was like, “I need to make this happen for other people.” It was mind-blowing: a nine-hour experience of dancing, and people were so friendly. This was having come from death-metal shows that are truly intense and loud but the opposite in terms of atmosphere. I think I went to one or two more underground raves that year and then immediately was on the scene promoting them and throwing them myself. I was the guy cruising around, knocking on doors in [San Francisco’s] warehouse district trying to get permission to use spaces for events.

Perry Farrell:
I never thought DJing would be more than a passion until Burning Man in 2000. The DJ scheduled after me didn’t show up, so they let me keep going and I played until like 10 in the morning. Perry Farrell was there and he approached me to do some remixes for him right after my set. [Bassnectar remixed Farrell’s 2001 track “Song Yet To Be Sung.”] This was the summer after I graduated college. Then this opportunity came up and I thought I’d try this music thing and now it’s 2012.

Dreams:
Years ago I had been listening to a sound in a dream and I realized that I had never heard that sound before. I was so blown away by it that I woke up and called my voicemail and hummed the sound into the phone. I eventually ended up recreating it with synths. It is one of my favorite noises I ever made. It’s the final sound in my [2005] song “Mesmerizing The Ultra.” The dream was a really sad one. I was holding a small feminine creature that I think was my daughter but it was ambiguous and she was dying. It was the sound of letting go of this entity that was absolutely innocent and pure and I realized how sad I was but also how beautiful it all was. Hearing that sound I just woke up and was like, “OH MY GOD.”