Bamboozle 2012: See the Biggest Bands (and Their Die-Hard Fans)

Bamboozle's lineup this year was mightily eclectic ( Foo Fighters! Kreayshawn! Skrillex! Loads of punk bands!), uniting very different kinds of fest-goers in Asbury Park, New Jersey over the weekend. SPIN tracked down the hardcore fans and asked why they made the trip. 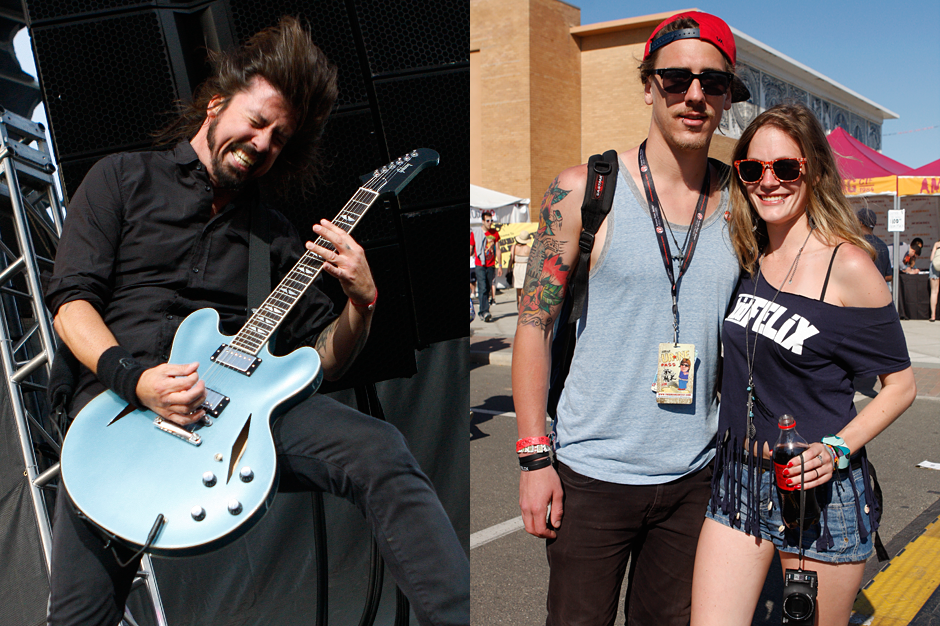 Why Foo Fighters?:
Jake: "Because Dave Grohl is the man! He plays every instrument. He's all about real rock'n'roll, no synthesizers, no crap. It's real music... what you see is what you get. I skate to them a lot, it just gets you jacked up. The first time i heard them was right before middle school."
Melinda: "My personal connection to them is Jake right here. 'Everlong' is probably my favorite song by them."

Why Foo Fighters?:
Jake: "Because Dave Grohl is the man! He plays every instrument. He's all about real rock'n'roll, no synthesizers, no crap. It's real music... what you see is what you get. I skate to them a lot, it just gets you jacked up. The first time i heard them was right before middle school."
Melinda: "My personal connection to them is Jake right here. 'Everlong' is probably my favorite song by them." 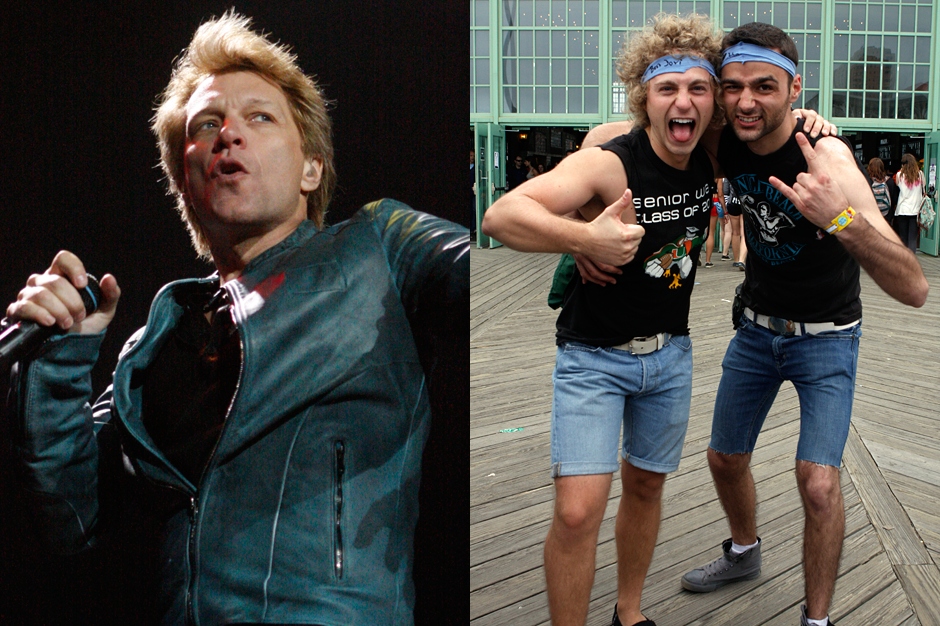 Why Bon Jovi?:
Rich "I'm a professional musician, so I can only hope to have that kind of career and longevity. This is going to be amazing, Bon Jovi is the best live performer. I had Bon Jovi on the first time i made out with a chick in my car when I was 16 listening to 'Livin' on a Prayer.' "
Phil: "Bon Jovi is a rock star. Songs like 'Always' and 'Livin' on a Prayer' and the other hits made my life and I really think when I wake up in the morning that I'm riding on a steel horse." 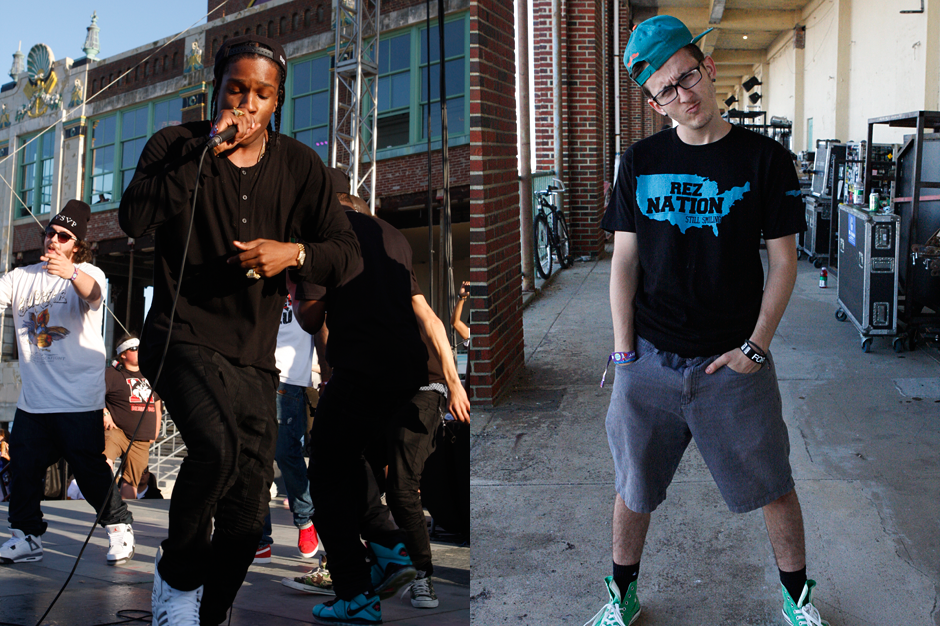 Why A$AP Rocky?:
"A$AP Rocky is the truth. Nowadays anyone can make music and talk shit, but he talks about what he does: real life, real shit. His music's dope. Anyone who talks about real life, they're an artist to me. He gives me motivation to move and pursue." 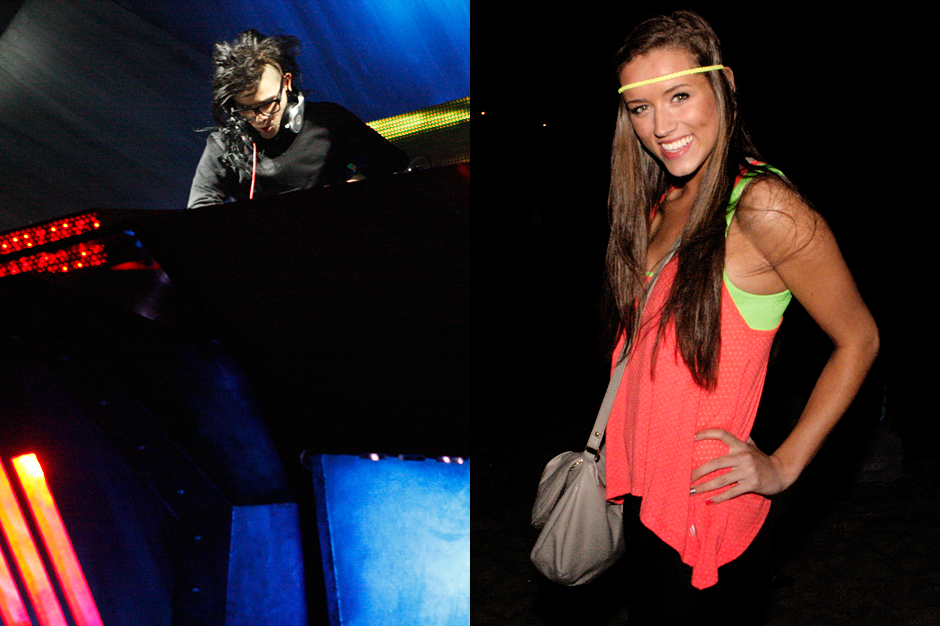 Why Skrillex?:
"I go to school in the city, so I've been to a couple of his concerts and I loved him. I've always been a fan of dubstep and he has by far been the best. Since his music doesn't have words and just kind of has beats, you can personalize it and put what you feel to it and if you want to be happy, you can make it happy or if you want to be sad you can make it sad. I'm a dancer, so it's the best thing dancing to his music." 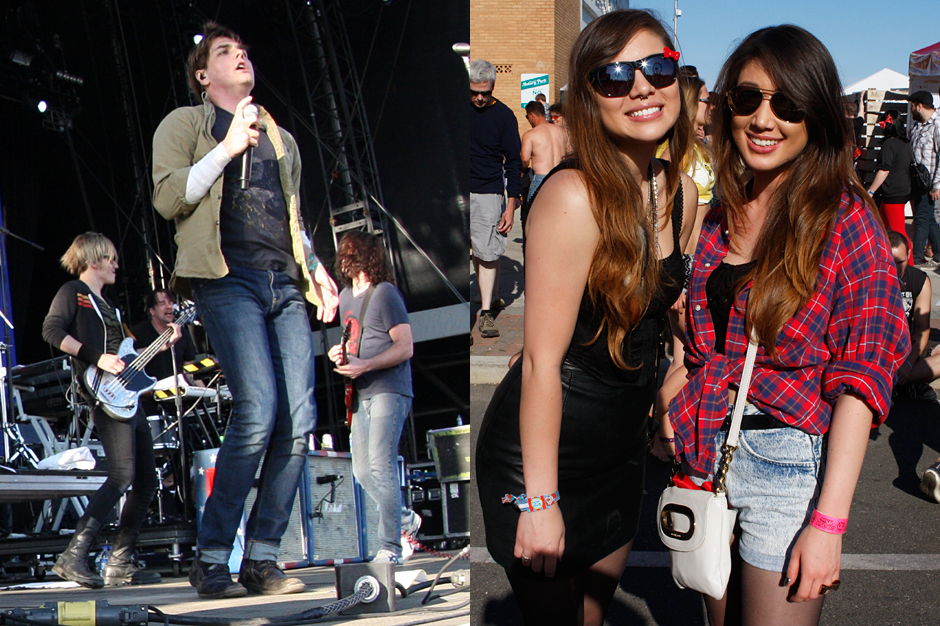 
Why MCR?:
Heidi: "I grew up in early high school listening to My Chem and I'm still listening to them today! I've been following them for a while. i remember first seeing them in the 'I'm Not OK' music video freshman in high school. They're kind of timeless."

Kelly: "We're sisters and we sort of grew up listening to them together. They're so good to listen to in the car when you're driving. They're one of those bands you can listen to the whole album beginning to end and not skip songs." 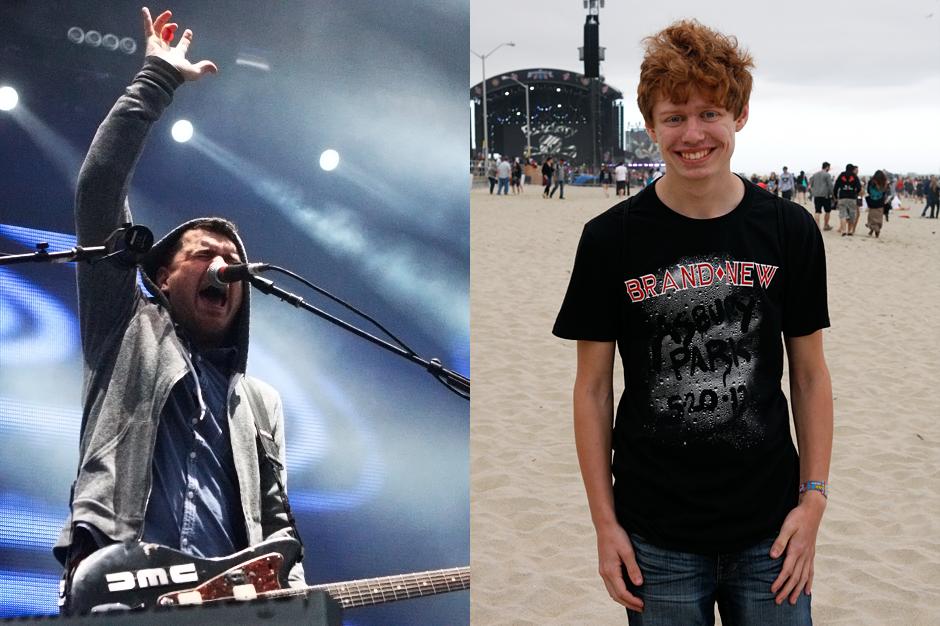 Why Brand New?:
"I've listened to them since a year or two before Daisy came out. 'Play Crack the Sky' is such a great song. When I'm driving I can't put on anything but Brand New. Going through school is tough, people are assholes and it's something to listen to to help get me through the day." 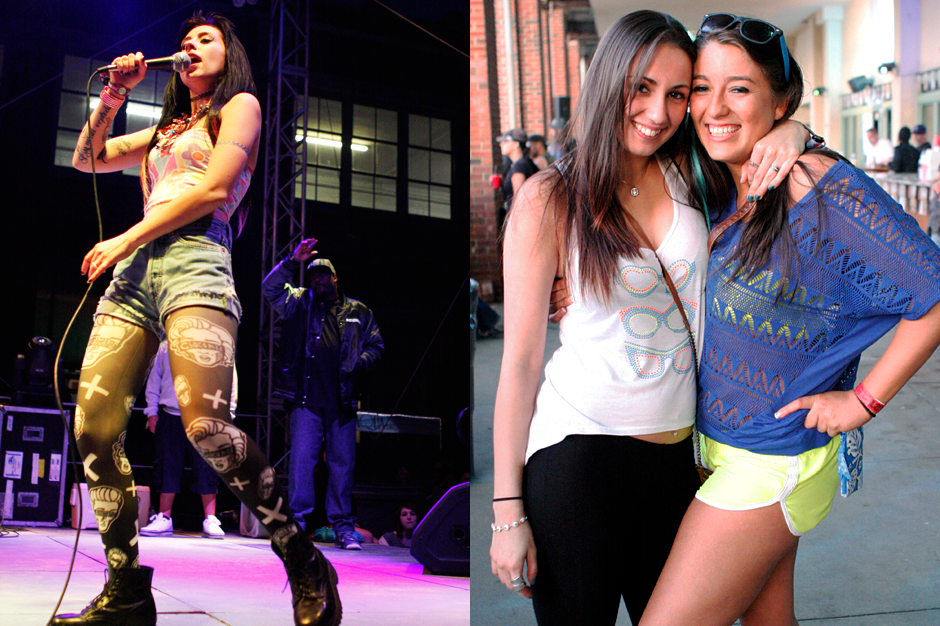 Fans:
Maria, 21, from Massachusetts and Corinne, 21, from Long Island

Why Kreayshawn?:
[Both start singing "Gucci Gucci"] Maria: "We became closer friends because of Kreayshawn. We met at last year's Bamboozle and I e-mailed her the 'Gucci Gucci' video and Corinne loved it. We became best friends!"
Corinne: "Every song is just upbeat and gets you going!" 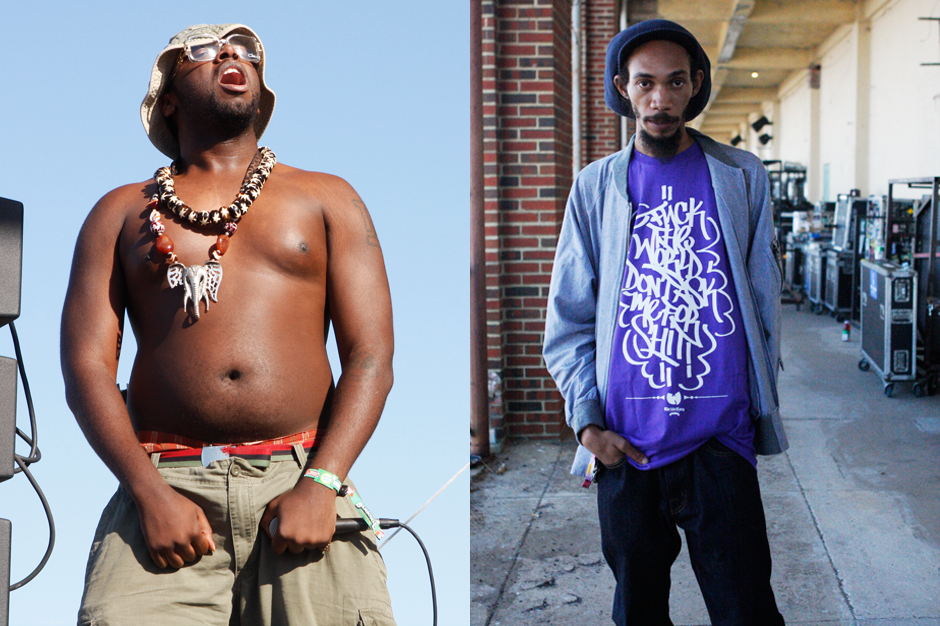 Why Mr. Muthafuckin' eXquire?:
"I think he's showing the new side of Brooklyn. He's like the new wave of Brooklyn rap and I think he's kicking the door down for that and I'm supporting it! I'm just happy to see him puttin' on for where we're from, Crown Heights." 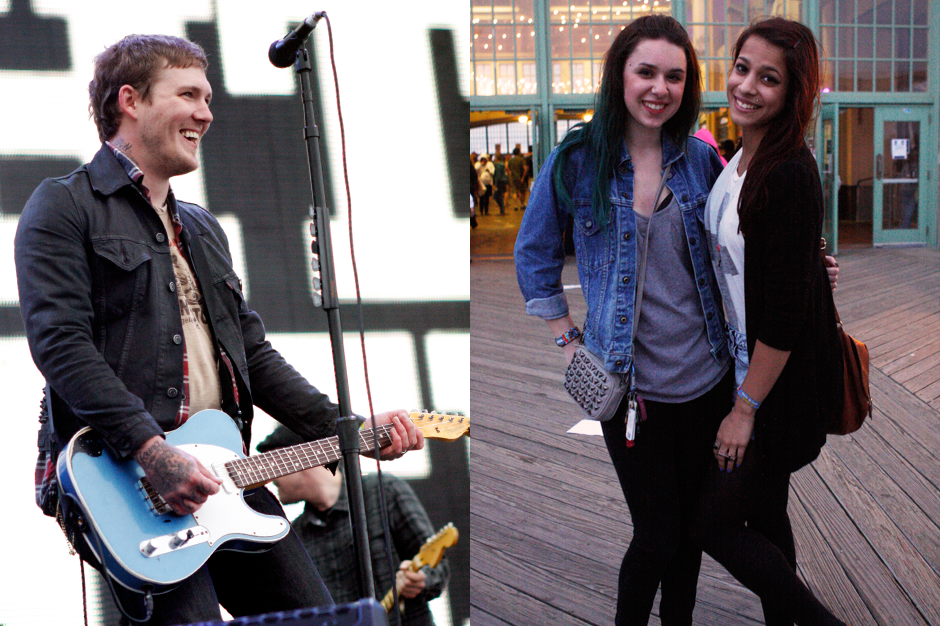 Why Gaslight Anthem?:
Melissa: "Their lyrics just talk to me. Brian Fallon's voice is just perfect in my mind!"
Victoria: "I play guitar myself and really can't get enough of the harmonies they play. We've been listening to them since the beginning, for about six years now!" 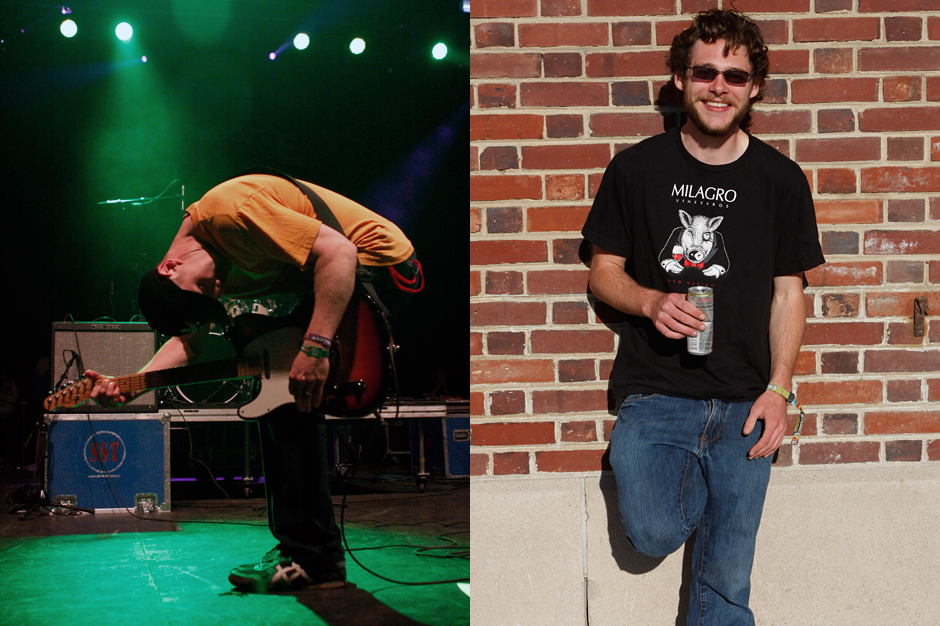 Why the Promise Ring?:
"I came out to see the Promise Ring because I absolutely love them, they are so tight. The way that they interact with each other onstage, the way the crowd interacts... their lyrics, their vocals. Jason's my favorite, an absolutely amazing musician. I've seen them 12 times already. I heard them for the first time in 2003, I was a sophomore in high school and i had a good friend, Kevin, who turned me on to them. When I'm feeling upset i listen to them. When I feel excited I listen to them. They're so multifaceted, which is something you don't get with a lot of other groups." 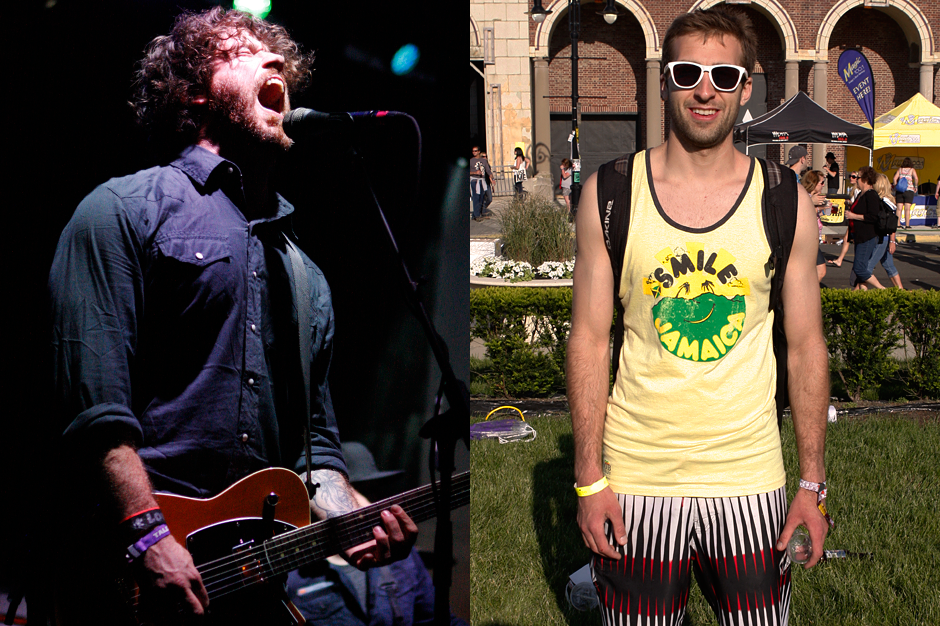 Why Hot Water Music?:
"They've been around for a while and i haven't seen them in so long. I love the new album and they mean a lot to the bands that are performing here at Bamboozle today, they're carrying on the legacy."