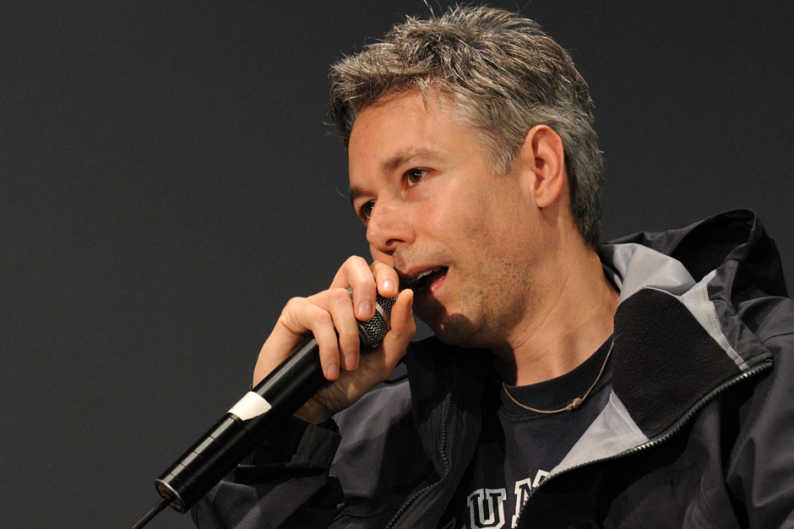 U.S. elected officials have been doing a lot of political hat-tipping to the hip-hop world recently. The latest move is a touching one, however: In New York, state senators have drafted, reported, and adopted a resolution with the specific intent of filling up time on the legislative floor honoring Beastie Boys MC — and Brooklyn native — Adam “MCA” Yauch, who died May 4 after a battle with salivary gland cancer (via Bowery Boogie).

State Senator Daniel Squadron wrote up J4637-2011, which reads like a very official-sounding obituary, to recognize Yauch’s cultural contributions to the state. The resolution sadly doesn’t mandate a statewide MCA Day, but allowed the senate to “pause” its deliberations and was ceremonially accepted on the congressional floor. Read the full text below (via the state’s open-access database), and be glad they got the lyrics right.

WHEREAS, It is the sense of this Legislative Body to honor and pay tribute to those individuals whose commitment and creative talents have contributed to the entertainment and cultural enrichment of their community and the entire State of New York; and

WHEREAS, Adam Yauch, also known as MCA, the rapper, musician, activist, film director, and founder of the pioneering New York hip-hop group the Beastie Boys, died on Friday, May 4, 2012, in Manhattan at age 47; and

WHEREAS, Adam Nathaniel Yauch was born on August 5, 1964, and raised in Brooklyn Heights; he was the son of Frances Yauch, a social worker, and Noel Yauch, an architect and painter, and attended Edward R. Murrow High School in Midwood; and

WHEREAS, Adam Yauch taught himself the bass guitar while growing up and joined the Beastie Boys, originally a hardcore punk outfit, playing his first show with the group when he was just 17 years old in 1981; and

WHEREAS, The Beastie Boys became well-known in the innovative music scene in Manhattan’s East Village and Lower East Side with a sound and a style all their own; and

WHEREAS, The album “Licensed to Ill” was the first hip-hop album to top the Billboard chart; and

WHEREAS, The music and message of the Beastie Boys evolved over the years, but they can’t, they don’t, they won’t stop changing the face of hip-hop, of music, and of our culture; and

WHEREAS, The Beastie Boys exemplified New York through a period in which grassroots creativity and a community of iconoclastic artists helped redefine and rejuvenate a city on the ropes, with iconic imagery from Brooklyn to Ludlow Street; and

WHEREAS, Having consistently produced multimillion selling albums and receiving Grammy awards, in April 2012 the Beastie Boys were inducted into the Rock and Roll Hall of Fame, but Adam Yauch was unable to attend due to deteriorating health; and

WHEREAS, In addition to his contributions to music, Adam Yauch was an activist and founder of the Milarepa Fund, a non-profit organization dedicated to promoting awareness about abuses in Tibet and against Tibetans, and later in life became a successful filmmaker, founding Oscilloscope Laboratories, an independent film distribution company; and

WHEREAS, A man of colossal talent and charisma, Adam Yauch is survived by his wife, Dechen Wengdu, and their daughter, Losel; he will be missed by his family, his fans and all who knew him; his dedication to his music, his activism, and his heritage leaves an indelible legacy of inspiration for all other artists; now, therefore, be it

RESOLVED, That this Legislative Body pause in its deliberations to mourn the death of famed rapper and activist Adam “MCA” Yauch; and be it further

RESOLVED, That a copy of this Resolution, suitably engrossed, be transmitted to the family of Adam Yauch.