A listen back to the label that documented the scraggly, playfully defiant East Bay pop-punk scene, from Operation Ivy to Crimpshrine to Mr. T Experience 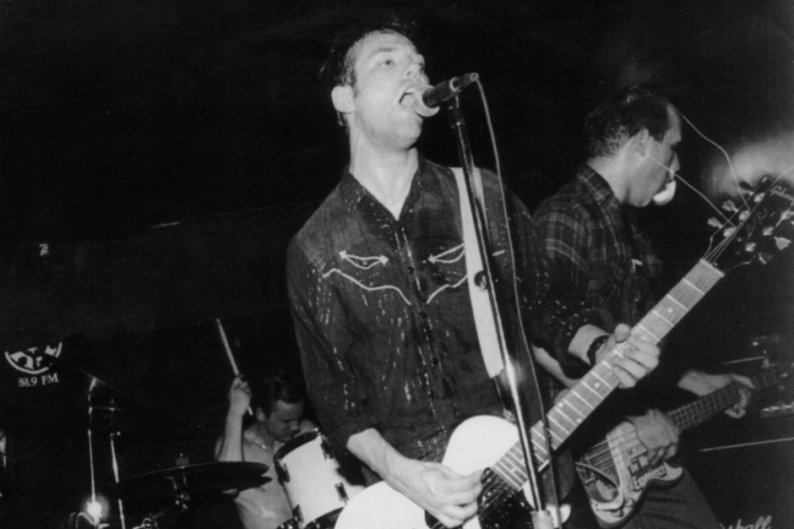 16. The Groovie Ghoulies “The Highwayman” (from Travels with My Amp, 2000)
The Sacramento-based Groovie Ghoulies were the touring-est band I ever met, and if anyone knew their highways, it was them. Still, I thought the world didn’t need another “life on the road” song before I heard this classic tune from the awesomely titled Travels with My Amp LP. So, yeah, I was wrong, but that’s the last one, seriously — no more. F.P.

15. Cleveland Bound Death Sentence “Baltimore” (from Cleveland Bound Death Sentence, 1999)
Anything Aaron Cometbus does is worth your time, and this powerfully written song about friendship is one of his finest fractions of an hour. The name of the band was appropriated by Aaron and company from an ’80s Milwaukee punk band (permission reportedly granted in exchange for a beer.) On my band’s first U.S. tour, we played with the original CBDS, stayed at their parents’ house, etc., which is how I know that the name derived from the fact that (if I’m remembering this right) one band member’s brother was due to be sent to military school in Cleveland at the end of the year in which they formed. F.P.

14. Raooul “I Had Richie Bucher” (from Fresh and Nubile, 1993)
You know, maybe you had to know Richie or those “fresh and nubile” Raooul girls to grasp how funny and weird and charming this is, so if you didn’t, you’ll just have to trust me. Inside jokes are what fuel “scenes,” after all. F.P.

13. Sweet Baby Jesus “Pathetic” (from It’s a Girl!, 1996)
I was briefly in this band as the awful drummer figure, but I feel I’m still allowed to mention what a great pop song this is. As Sweet Baby, they went on to record It’s a Girl, one of the greatest and most cruelly forgotten pop-rock-punk albums ever. True story. Look it up. I first met Dallas, the singer, at the dorm dining commons in my first year of college. He was wearing a Joy Division Unknown Pleasures pin, so I knew he was someone I’d be able to talk to, because that’s what that kind of thing meant back then. Those were the days, right? The highlight of my participation in this group was playing at an eviction party (my drum kit was a tambourine and a cardboard box), during which a couple of guys stood there shouting “You suck!” through the entire set. We also played a show at the Mabuhay Gardens where we got paid eight dollars. F.P.