10 Proto-‘Pluto’ Records That Paved the Way for Future 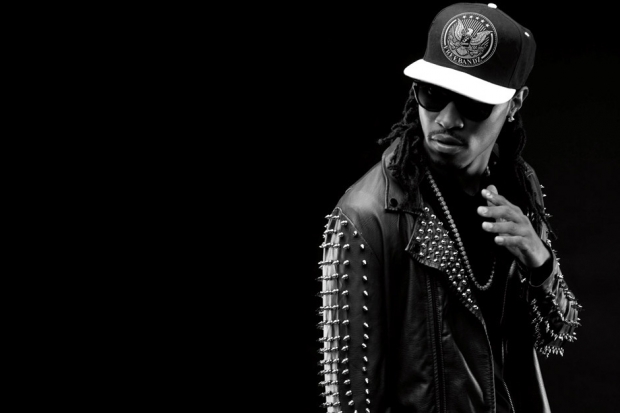 In certain rap-Internet circles, Future’s Pluto is album of the year (here at SPIN, it’s an Essential). To many though, it’s a big joke. This dismissive Onion AV Club review, which misquotes lyrics from “Straight Up,” (the reviewer hears “she a big booty freak and she foreign” as “she a big booty freak and she fart”) is illustrative of a certain kind of hip-hop fan ready to assume the worst and laugh Pluto away. When I wrote about it, I didn’t claim to understand the album, only that I enjoyed listening to it. It takes some time to grab you. In SPIN’s review, to explain this incredibly strange major label debut, Noz referenced Mike Patton and Parliament mythological creature Sir Nose D’Voidoffunk. Those comparisons are a good way to start unpacking Pluto. So, Luke McCormick and I picked 10 more precedents for Future’s hot mess of Auto-Tune acrobatics, sad-sack street confessions, and lowest common denominator Tony Montana impersonating.

Bruce Haack, The Electric Lucifer (1970)
So-called “king of techno” (at least by some Canadian, shoestring documentarians) Bruce Haack’s conceptual song cycle about Satan getting banished from heaven bounces between psychedelic love-in shout-alongs that couldn’t be more ’60s, and proto-vocoder cries that still retain much of their shock-of-the-new punch (“Electric to Me Turn” and “War”). Not only is this an early example of electronically manipulated vocals featured on what is ostensibly popular music, but the lack of established rules for how to sound, or even what the hell to do with a vocoder makes Haack’s style of robo-crooning the closest we’ve got to the the hiccuping, gulp and gargle-filled sounds of Future swallowing his own Auto-Tune-tinged tongue.

Vangelis, Spiral (1977)
To accommodate Future, who sings and mumbles as much as he raps, producers like Mike Will Made It provide Pluto with a more relaxed, ornate take on the Lex Luger sound. These mid-tempo variations on Luger’s signature stomp end up sounding a whole lot like Vangelis’ chintzy, triumphant compositions. Best known as the guy who scored Blade Runner and Chariots of Fire, Vangelis is also a prog-informed electronic composer somewhere between new age and komische. Spiral, his best solo album, fires faux epic arpeggiations across emotionally manipulative synth tone soundscapes, conveying both comfort and creeping dread. Add some glitching snares “To the Unknown Man,” a near-waltz of bleeps and bloops, and the Spiral highlight would be ready for a Future vocal.

Roger, The Many Facets Of Roger (1981)
Vocoder O.G. Roger Troutman’s solo album smooths out Zapp’s stutter funk and then takes it to even more ridiculous places, beginning with a brilliant, sacrilegious-to-some cover of Marvin Gaye’s “I Heard It Through the Grapevine” that burps and groans for almost 11 minutes. Roger’s dedication to vocal indulgence suggests an understanding of R&B tradition and a chuckling disregard for it — at the same damn time. Like, Pluto the sounds here are familiar, even radio-friendly, but the moments where Roger’s dead serious and joking around are often hard to parse or differentiate. Also an influence on another Pluto precedent: Pharrell’s In My Mind.

Egyptian Lover, On the Nile (1983)
On “I Cry (Night After Night),” Los Angeles electro pioneer Egyptian Lover adjusts the skitters and thumps of his hit “Egypt, Egypt” until they’ve become melancholy bedroom producer groove that rivals Kraftwerk’s “Computer Love” in terms of cold, cruel technology being used to express tragic loneliness and lost love. On depressive dirges like “Truth Gonna Hurt You” and “Turn on the Lights,” Future, responsible similarly exposes the sad sack behind the bangers like “Tony Montana” and YC’s “Racks.” The electro eccentric born Greg Broussard also created a mystical Egyptian conceit for himself to explain away his freaky loverman origins that makes about as much sense as Future finding love and coping with loss on the planet Pluto.

UGK, Ridin’ Dirty (1996)
Future learned street rap vulnerability from UGK’s Pimp C and Bun B, and Pluto’s “Long Live the Pimp” is a tribute to the group’s influence. On a song like “Permanent Scar,” where Future cries out, “While I’m on the road, doing shows, taking this ride / I just got word my uncle tried to commit suicide,” he’s following the world-is-fucked confessionalism of “One Day” from Ridin’ Dirty, UGK’s finest fusion of gangsta rap toughness and lost little d-boy vulnerability. And consider the poignant placement of “Permanent Scar”: Stuck between “Tony Montana” and “Same Damn Time,” the two loudest and most reckless songs on Pluto. Like UGK, Future makes sure that pain and pleasure remain inextricably tied.

Witchdoctor, A S.W.A.T: Healin’ Ritual (1998)
Pluto begins with a spoken word from the Dungeon Family’s in-house poet, Big Rube. Though the D.F hook-up seems more like the result of family connections — Future is Organized Noize producer Rico Wade’s cousin — than legit sonic kinship — Pluto is influenced by the Dungeon Family insofar as all rap from Atlanta post-1996 bears their influence. Future’s debut does recall the strangest, least conventional Dungeon release: Witchdoctor’s 1998, not-quite-singing, not-quite-rapping debut. Had OutKast and company not broken into a bunch of little pieces and all but disappeared after Sleepy Brown’s 2006 album Mr. Brown, it’s possible that the sound of Pluto is where the legendary crew of ATLiens would’ve ended up in 2012.

Nelly, Suit (2004)
Nelly had so much pop music pimpjuice in 2004 that he dropped two albums on the same day. Sweat was the rap album and Suit, the R&B joint, with Nelly crooning hooks while relegating the album’s best bars to guests like Snoop, T.I., and Mase. Oh, he also threw Tim McGraw on a ballad here and it totally works! But Nelly wasn’t new to the sometimes-sing-sometimes-spit game: he’d been handling hooks since his underrated debut Country Grammar. And just like Future, he doesn’t get enough respect for his skills in either area. After you listen to Future’s “Astronaut Chick” for the 23rd (may or may not have gotten that number from my iTunes) give Suit a try — I bet it fits. L.M.

Kanye West, 808s & Heartbreak (2008) Kanye West wasn’t the first to turn mid-2000s urban radio’s obnoxious Auto-Tune obsession into something a bit more understated — T-Pain did that plenty fine himself on tracks like “Sounds Bad” off Epiphany — but 808s & Heartbreak was such a clear departure from his work as a rapper, that its effect was massive and immediate. 808s, along with his verse on Young Jeezy’s “Put On,” found Kanye forever changing the corrective studio tool from something fun and light, to something for the existentially lost and emotionally frazzled. And everyone followed. Drake is the result of basing a whole career on Kanye’s in-the-moment, melodramatic pity party. Future though, who uses 808s’ HAL-9000-like cries sparingly, fuses Yeezy’s insular Auto-Tuning with the past decade of Atlanta hip-hop, creating something fresh, and strange enough that it won’t get flipped into the next radio trend.

T-Pain, Thr33 Ringz (2008)
You could argue that T-Pain had to die so that Auto-Tune could continue to live. Sure, he’s plenty paid and he’s doing fine right now dancing around in the background of big EDM hits and making okay songs with E-40, but T-Pain stuck with shiny Auto-Tuned hooks long enough to parody himself with Lonely Island, effectively killing his own trend in just a few summers. But that death also allowed Auto-Tune to get weird and well, birth Future! Thr33 Ringz, the last T-Pain album to matter, was starting to shift into more diffuse territory (it came out the same month as 808s & Heartbreak). On the billowy, Lil Wayne-assisted single “Can’t Believe It,” you hear the stirrings of Future’s emotive, robot rap & bullshit style, already.

Soulja Boy, The DeAndre Way (2010)
Future’s pretty just doing what Soulja Boy has been doing really well for years now: mumble-singing his way through crazy, catchy, huge, hook-filled jams. The DeAndre Way was Soulja’s third studio album, his first without producer/kind of mentor Mr. Collipark and it flopped, which is a bummer because there is a whole lot of awesomeness on here (“First Day of School” was yours truly’s favorite song of 2010). It’s not nearly as cohesive as Pluto however, as it jumps from minimal plinky plink casio piano beats to fuck-you-up anthems with 50 Cent. But a Soulja/Future collabo makes too much sense to not happen (that is, if Epic would let him go anywhere near Souljer). L.M.

BONUS: Post-Pluto album of my dreams: The Electronic Anthology Project Of Dinosaur Jr. with vocals from Future. Come on remixers, make it happen. Future would kill “The Lung,” I just know it!