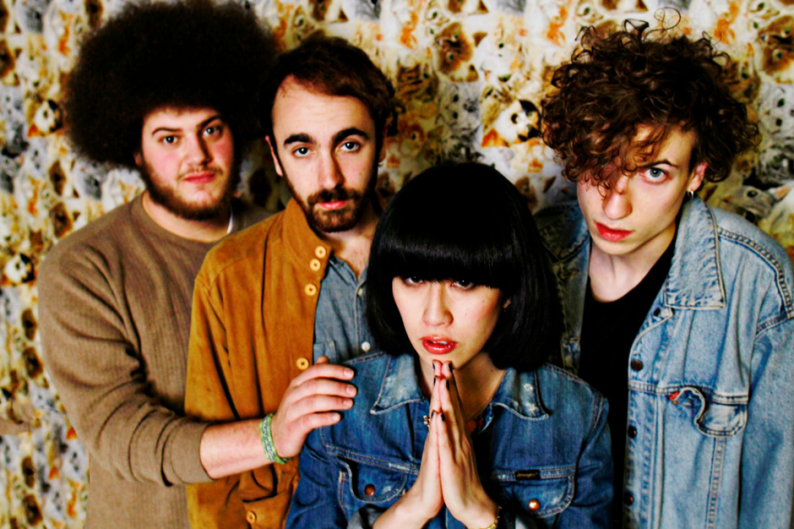 Yuck will roll into Coachella this weekend with one more reason to pick their Friday afternoon set over stiff competition from Kendrick Lamar and EMA. “Chew,” which the U.K. indie rockers posted online today, is a summery, sweetly distorted midtempo rocker that should sound great in the open air. The deeply embedded hooks and ’90s-inclined fuzz that helped make Yuck’s self-titled debut such an enduring, endearing listen are here, for sure, but the band adds My Bloody Valentine-style pitch-bending guitar and a vague but evocative refrain: “We chew it together,” singer/guitarist Daniel Blumberg intones through the lens-flaring glow. Something about the chord changes brings to mind like-minded indie-rock throwbacks the Pains of Being Pure at Heart’s surging Belong title track, although we might just as easily be thinking of MBV’s classic You Made Me Realise stunner “Slow” (except with chewing instead of licking/sucking). Although Yuck tweets that Coachella attendees should “memorize the lyrics,” all of the effects might make that tough for all but the truly committed. Either way, when the final peals of feedback fade out, the song is Yuck’s own, and NaturVet’s Yuck! brand no-chew pet sprays are destined to lose an SEO battle.