His throwback sound has even found a champion in Bruce Springsteen 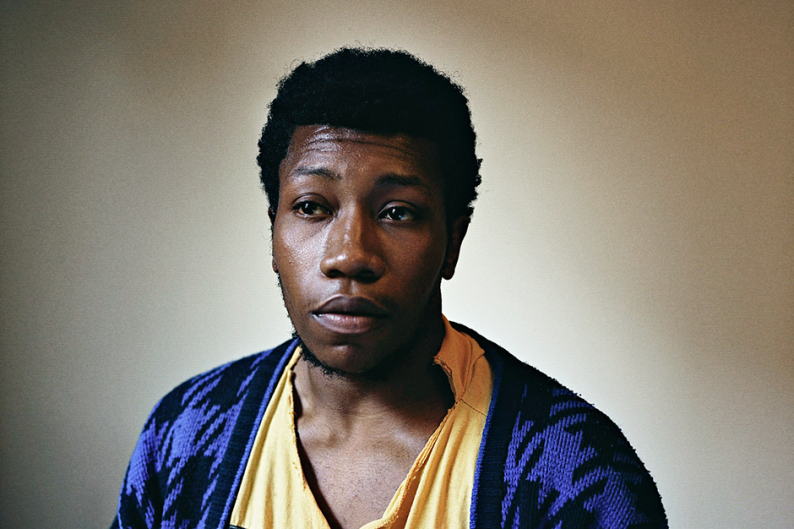 Who: Willis Earl Beal was discovered by Found magazine after he posted flyers offering to play a song for anyone who called his cellphone. The South Chicago crooner/outsider artist started singing four years ago to fend off boredom during a homeless stint and realized he might be on to something when passersby started dropping him dollars for each performance. Though his curious backstory has helped him garner some online attention, the furious charm of his lo-fi home recordings has landed him a four-album deal with XL imprint Hot Charity.

Sounds Like: A weathered D’Angelo pouring his heart out over tapes of found-sound collage, or a new-jack Tom Waits jamming on instruments collected from Dumpsters. Beal’s proper debut, Acousmatic Sorcery, is the sound of someone figuring out what they’re doing as they go along, burying trembling soul ballads in atonal bump’n’hiss. The lonesome, whispered blues of “Evening’s Kiss” sounds like an artifact of another age, while the two-note meditation of “Monotony” showcases Beal’s sweet falsetto. His throwback sound has even found a champion in Bruce Springsteen.

What We Do Is Secret: For Beal, after years of making music in seclusion (save for serenading strangers on the phone), suddenly having an audience is vindicating, as well as potentially “poisonous.” “There is a comfort you build in the smallness and intimacy — good or bad, the music was just mine,” says Beal from a London hotel room. “To see people judging it, even though they are saying it’s good, well, it makes me a little hostile.” Still, the singer is grateful. “I could be back working at FedEx,” he says. “I just remember that as long as I am doing this for myself, I cannot go wrong.”

Mr. Wizard: While Beal insists he’s never had any rock-star aspirations, he’s certainly engaged in rock-star fantasies. “I interviewed myself, I sang to audiences that didn’t exist,” confesses Beal. And now that the fantasy looks as though it’s becoming a reality? “It’s like wizardry,” he says. “When people notice my music, it’s like they are under my spell.”