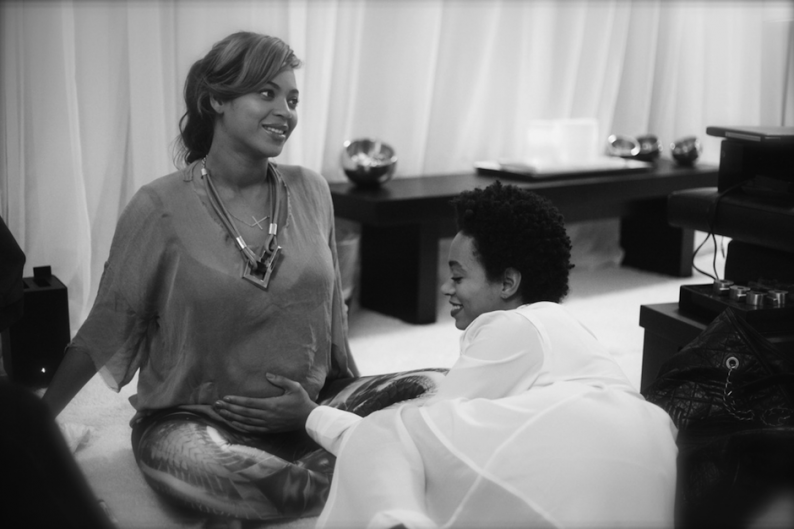 So, you’ve seen Beyoncé’s Tumblr by now, right? The microblog launched this morning, along with two other cyber treats to complete the diva’s online trifecta: a tweet (a tweet!) from her long-empty Twitter account and the launch of her official, hair-flipping website, which includes a fan community (the BeyHive, get it?) with some highly proprietary font-age going on. All of a sudden, the diva with whom the world became doubly hyper-obsessed following her daughter’s birth, the diva who has always been noticeably silent in the digital universe, has launched an all-out assault on the Internet.

Hey World, It’s B!I’m so excited to invite you to my new beyonce.com – we’ve been workinghard, and it’s finally ready for you XO

So why has the country’s unofficial First Lady made the decision to become eBey now, of all times? It’s not like she doesn’t have enough to deal with, considering how rabidly the paparazzi have hounded her whenever she puts a foot out the door with Blue Ivy — she hardly has to publicize anything herself because of it. It’s worked for a long while, and there’s no reason why she couldn’t continue being one of the few truly effective digital holdouts of our times.

Simply put, those reasons are probably exactly why she’s doing it now. Blue Ivy may have no idea what’s going on for the time being, but pretty soon, she’s going to reach an emotionally scarrable age, and the less Beyoncé we get from Beyoncé, the more we will fund the salaries of paparazzi (however unintentionally) to do it for her, and probably screw with Blue’s psyche in the process. Just as Jay-Z had his Life + Times site Bey’s Tumblr and Twitter accounts are the way she can, like we peasants already do, craft her own image, on her own terms. Would anyone like to step up to argue that uncomfortable Bey-leaves-the-house-to-do-something-with-her-infant photos are better than these masterpieces that are just as much a look into her daily life? Now, with her first post-baby performances approaching quickly, and with the Internet having imploded with happiness at her and Jigga’s four-year anniversary yesterday, this is an extra-perfect time to come into the light. Besides, when you’re raking in $87 million a year, you can afford to hire some decent web designers.

It’s probably not advisable to expect a whole lot of chatter from Queen Bey just because she’s joined us all in the Twitterverse — as we know, she’s not exactly Kanye-esque about being in the limelight, and she’s probably got a lot more important things to do than sit around and reblog all day, but at least now the BeyHive exists for her fans to bitch about it (we suggest checking out the fan art section while you’re at it).