Watch Rihanna’s Tribal-Rave ‘Where Have You Been’ Video 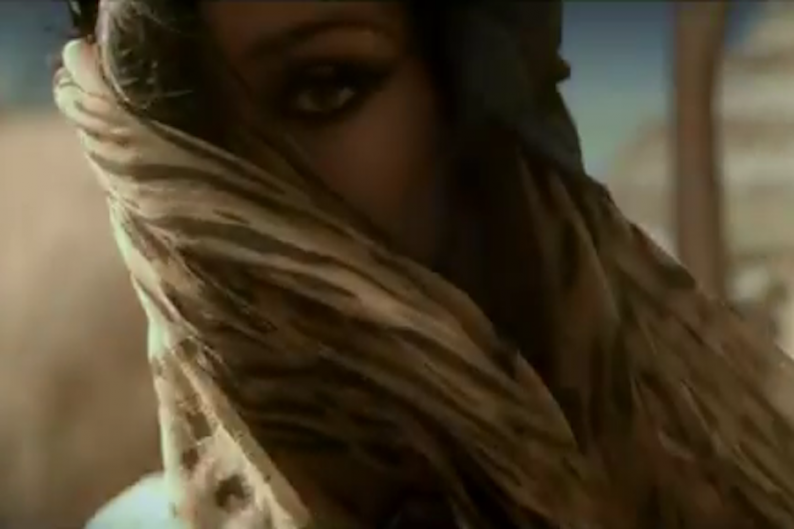 The video for Rihanna’s rave-pop pulser “Where Have You Been” has hit Vevo, and although its multiple cultural references are no less mystifying than in the recent visuals for her Coldplay collaboration “Princess of China,” the new clip does help put the discussion in a broader context. The “China” clip, remember, used Hindu imagery in a song seemingly about a country where, y’know, only 0.01 percent of people are Hindu. For Rihanna’s 2011 Talk That Talk track, veteran music video director Dave Meyer (Jay-Z, OutKast, Britney Spears, Pink) sends the pop star to look for love in a variety of exotic-looking locales. But the effect this time is ultimately as out-of-this-world as in Nicki Minaj’s own latest rave-tent offering (the beach-bound “Starships” video).

“I’ve been everywhere, man,” Rihanna coolly intones at the start of the track, which abruptly shifts from strummy emoting to a full-on strobe freakout. This opening lyric, which you might think you know from Johnny Cash, actually was written by Geoff Mack and in its original form listed off Australian place names. As with Gwen Stefani’s “Rich Girl,” which remade a ragga song adapted from the Jewish-themed musical Fiddler on the Roof (and which came out at the height of the No Doubt singer’s Harajuku phase), this borrowing helps preempt charges of cultural appropriation by highlighting how much loving theft is essential to all art.

So whether the “Where Have You Been” visuals show Rihanna luxuriating in water, dancing at what appears to be some kind of Bedouin campsite, leading synchronized moves over a zebra-skin rug, or busting out multiple arms like, again, some sort of Hindu goddess, it’s best not to worry too much about where it all comes from. At one point she appears to be in a nest! We’re stealing from the birds here! When the smoke machines and druggy visual effects kick in, the people who probably have most reason to complain about appropriation are the longtime electronic-dance-music heads, as when Madonna made her misguided “molly” shout-out.

As much as we love to see accurate portrayals of diverse cultures (and sub-cultures), this is a high-gloss pop music video: If it gets you dancing in your chair — and it just might — then not much else matters. Bonus points for telling, sort of, a stylishly trippy story. And we’re rolling…