Watch Nickelback Try to Have a Sense of Humor (Part 2)

It goes better this time! 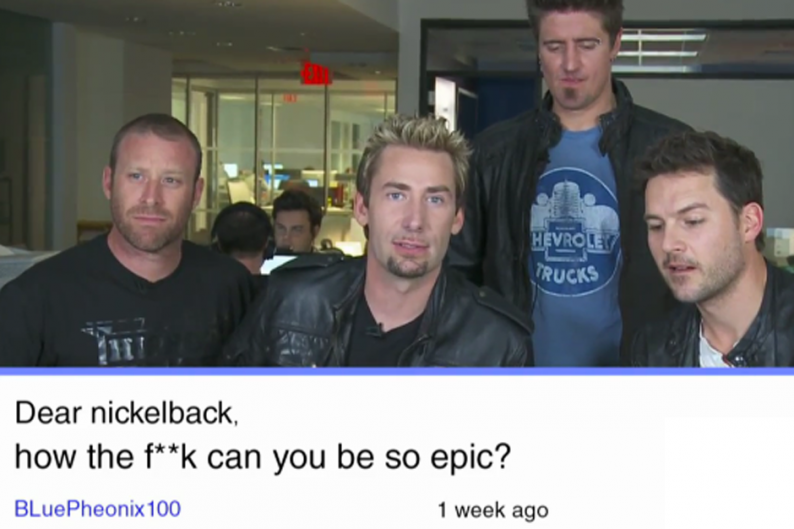 Nickelback have had a pretty good week, what with the kismet that was playing a New York show on the same night as equally despised Creed and the myriad even-handed and otherwise high-profile press that has ensued. By the looks of this video segment they just did with Fuse (per Vulture), they’re still riding high. What’s surprising, however, is that their responses to their YouTube videos’ comments are actually not awful even though they’re sporting goatees, skin-tight tees, and eyebrow rings. There’s some Anchorman quote-hijacking going on in there, but the dry banter is certainly not worse that “It’s Been Awhile.” We, like YouTube commenter HerbertTheDuck on the below video (how meta of us, and of Herbert), wish they’d’ve braved some of the nastier comments, however. Odds are someone had to have made an equally confusing comment as “How did man feed baby! he have tits with milk??” with a bit of spite attached for a good laugh or two.

Also, goes without saying, but have you read our list of the 30 most-hated bands in rock?