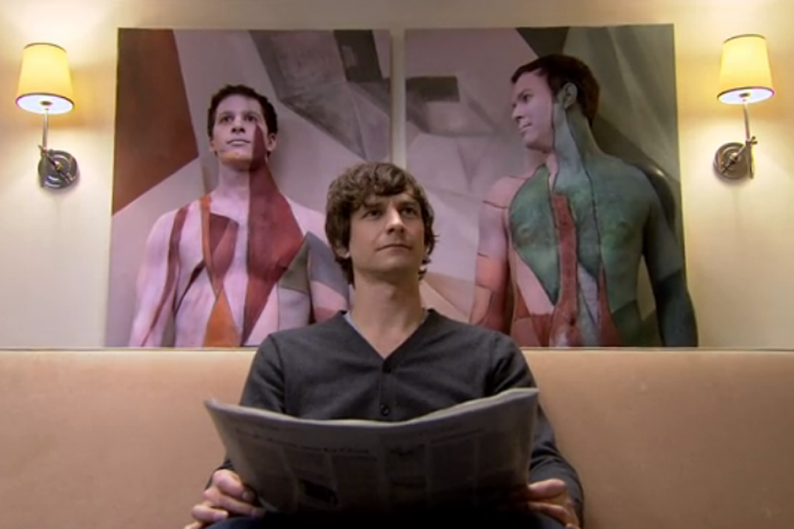 Gotye, the Belgian-Australian singer-songwriter with the Sting-style soft-rock approach and a music video that’s been viewed more than 160 million times, performed his self-same video smash and another, even more Sting-like song on Saturday Night Live this weekend. He also acted in an amusing sketch where he was confronted backstage by cast members Andy Samberg and Taran Killam, who took their fandom to extremes by painting their bodies up like the figures in the previously mentioned “Somebody That I Used to Know” video. Gotye — whose name host Josh Brolin pronounced like Madonna-cone-bra-designer Gaultier (is that right?!) — affably deflected their obsession, though he’ll never be able to unsee the body parts he saw (at least he didn’t have to judge an “Empire State of Mind” parody competition). His “Somebody” collaborator Kimbra joined him for that hit song, though not for fellow Making Mirrors cut “Eyes Wide Open,” both of which were perfectly proficient, globally minded mellow-pop, but it all could’ve used more body paint.