We're way more excited for this than 'The Bourne Legacy' 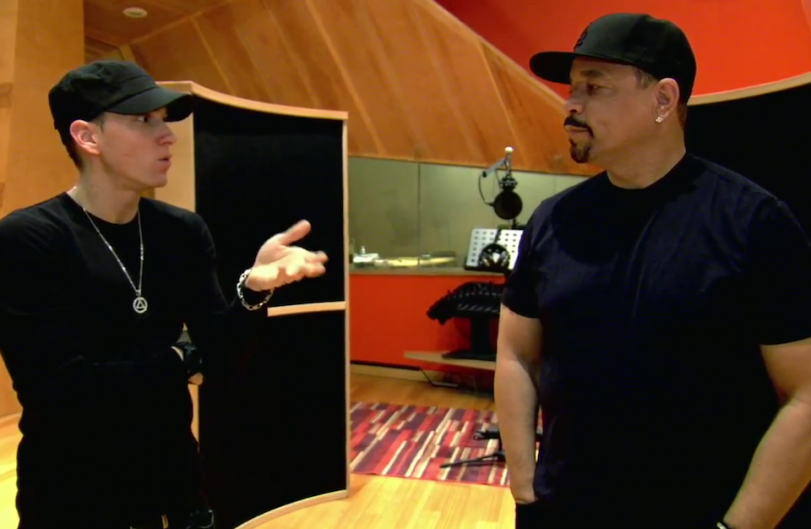 Original gangster and legendary rhyme-ripper Ice-T has long been directing his upcoming production, Something From Nothing: The Art of Rap, the world’s first documentary about the ins and outs about constructing uncut dopeness. The Iceberg is one of the greatest ever, beloved by everyone (except maybe Aimee Mann and her bowl of dicks), so the guest list is naturally formidable: Eminem, Kanye West, Dr. Dre, Nas, Snoop, Bun B, Chuck D, Run-DMC, Rakim, KRS-One, Big Daddy Kane, Kool Keith… Oh, hell, just look at the poster, which promises every living legend outside of Jay-Z and Barney Rubble. Does Ice ever figure out how to write before “the pen yanks away and explodes and destroys the rhyme”? Watch the trailer for clues!