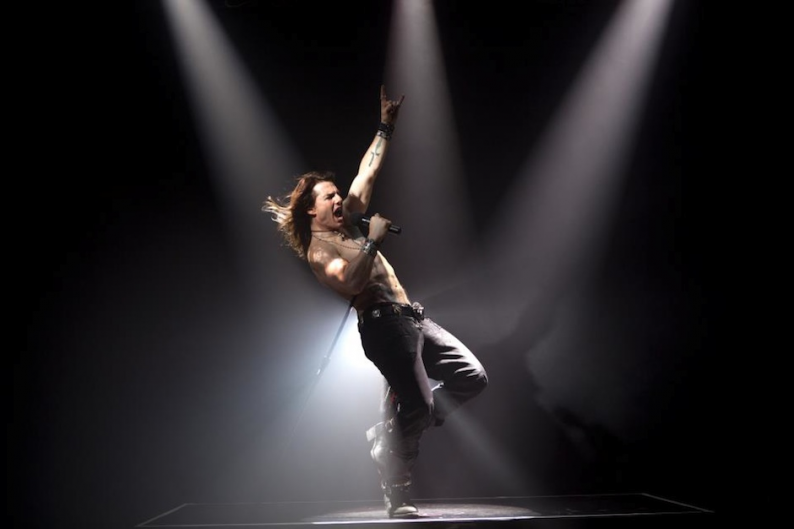 This summer, Broadway hair-metal musical Rock of Ages is making the scissor-kick leap to movie theaters, which will burn the image of Tom Cruise as aging rock god Stacee Jaxx into your poor cerebral cortex. The plot uses beloved lighter-wavers of the ’70s, ’80s, and that scary part of the early ’90s to interweave the stories of a Sunset Strip club that’s in danger of extinction and a young wannabe rock’n’roller who winds up competing for fame and love with one of his long-haired heroes. That’s where Cruise comes in. Well, he literally comes in at the 2:02 mark of this final trailer, “singing” Bon Jovi’s “Wanted Dead or Alive” with the help of the laptop that performed Britney Spears’ Blackout. Fun fact: Def Leppard wouldn’t let the Broadway folks use any of their tracks despite the fact that the show is named after one of their songs, but they seem to have chilled out enough to contribute music to the film version. Who wouldn’t want to be associated with Maverick in spandex? Don’t answer that.