The percussionist discusses his passion for turn of the century snapshots 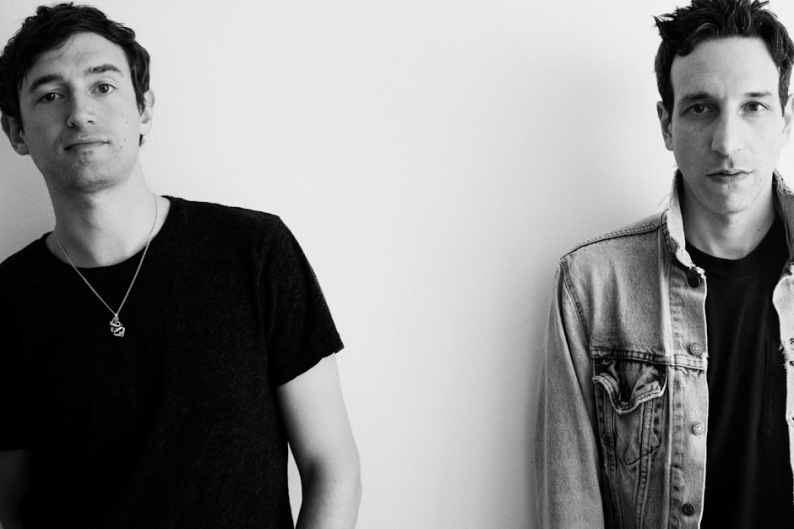 When Tanlines’ percussionist Jesse Cohen isn’t enticing staid graybeards to gyrate to his band’s synth-laden dance-pop, you can find him scouring over antiquated photographs in a private Manhattan library. Cohen doesn’t moonlight as a bartender or guitar-store employee like so many other musicians. Instead he follows his bliss by working as an archivist of early 20th century Jewish and Yiddish photographs at the venerable Yivo Institute for Jewish Research. “In college I studied Eastern European History and Jewish history,” Cohen explains, speaking on the phone from the band’s van. (He and bandmate Eric Emm are currently on a West Coast tour.) “When I finished college, I got a job working at this library as a researcher, and from there I became a photo archivist. Basically, if you’re looking for [photographs] from Poland in the 1920s or Jewish immigrants in New York or the Yiddish Theater — anything that touches on that world — we are the main place and I am the expert.”

Obviously, Cohen has had to make some concessions to his work schedule since the duo’s exceptional debut album Mixed Emotions dropped in March, but that doesn’t compromise his enthusiasm for historical pursuits. Although he now only puts in part-time hours at the Institute (three days a week when the Brooklyn native is off the road), he’s still ardently committed to his work. “I really love snapshots. I really love the photos. It’s an interesting way to split my life.”

This split has become the contrast by which Cohen defines his existence. “There’s this small corner of the world that I very much feel is my own private little place and then there’s my music career where I’m very much out in the public,” he says. That duality hasn’t always been easy to reconcile. “I’m sort of exploring now why it is that I’ve organized my life around these two very different things for the last ten years,” he muses.

Organized is the key word. “The collection itself is tens of thousands of photographs,” says Cohen, and he knows it “pretty much as well as any person could possibly know it.” That the collection is “almost entirely snapshots and informal photographs” adds to their allure. “You look at the person in the photograph and you can imagine who they were, and you think about what they might have been thinking at the time,” he says. “You make up stories for every photo that you look at.”

Though the majority of Cohen’s time at the Institute is currently spent on a project for Moscow’s Russian Jewish History Museum, he also assists on photographic research for everything from historical books to Hollywood undertakings like the 2005 film Everything is Illuminated. “We have a very unique collection and a very old collection,” Cohen points out. “I’ve spent so much time with it — I’m an expert on the subject. I can talk fluently about it. I know what we have and what we don’t have.”

But Cohen, himself of European Jewish ancestry, has no interest in seeking out vintage celebrity shots. “I’m not the kind of person who likes to look at photos of famous people,” he asserts. “The photos I find inspiring are the photos of teenagers camping in the countryside in Poland in ninetee- twenty-something. Isolated moments in individual lives — the snapshots.” Those images exemplify how differently we use photography in contemporary culture. “Today we photograph ourselves constantly,” he laments. “A lot of people shown in the early studio photography in the first section of the twentieth century are very poor. That might be the only time in their whole lives that they were photographed.” (The sound you just heard is a Kardashian gasping.)

That societal difference is what fuels Cohen’s passion. “It’s visual, it’s not musical or contemporary at all,” he says of his work. “Everything is stuck. It’s like a time capsule for a place that doesn’t exist anymore.”